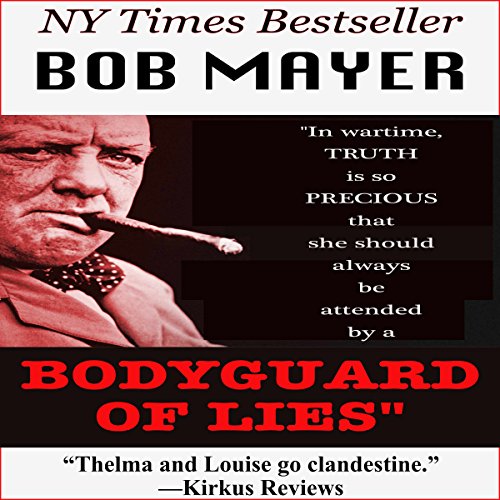 "In wartime, truth is so precious that she should always be attended by a bodyguard of lies." —Winston Churchill

Who polices the world of covert operations? Enter the Cellar, the most secret spy organization hiding deep within the United States.

Two women become inextricably involved in a dangerous web of lies, intrigue, and betrayal as they fight for their lives and the safety of their country. Neeley is the lover and protege of Gant, a Cellar operative, and is trying to pick up the pieces of her life after Gant's death and unveil a mystery that Gant always held close to his chest. Hannah, a housewife, is equally lost after her husband simply disappears. They soon learn that the men in their lives shared a dangerous secret, one some very powerful people would shed blood to protect. Neeley and Hannah's chance meeting sets a decades-old plan into motion and puts their lives at risk.

They couldn't come from more different worlds, but as they try to escape the people who seem determined to kill them, Hannah and Neeley discover they have at least one thing in common: they've both been living a lie.

Crisscrossing the globe, the women find themselves in a deadly game of survival, one that they must win in order to keep the United States safe not only from vicious acts of terror, but from its own powers that be. And if they ever hope to uncover the truth about the lovers they thought they knew, Neeley and Hannah first must learn the truth about themselves. But when the Cellar is involved, there is no such thing as coincidence, and the truth is always protected by a Bodyguard of Lies.

What listeners say about Bodyguard of Lies

Please get a new reader

I enjoyed The Devil's Triangle series, The Dave Riley series and the Nightstalker series. This first book in the Cellar series has plot, character and action. It needs a reader. I had a lot of trouble with Diane Havens narration. her voice is flat with little inflection, no differentiation between characters and little emotion. This hurts my appreciation of the work. Keep writing Mr. Mayer, but please get a different reader for this series.

Packed with Action and Intrigue

Killer women characters in this book hang tough against the bad guys -- Diane Havens does a great job with both male and female voices. More good stuff from Bob Mayer.

I could not get past the first chapter. The narrator is awful with a flat, droning voice that destroys the story. I wish I could ban audible from showing me any story narrated by Diane Havens.

It was not only great to hear about the origins of Neely and Hannah and the Cellar, but this book was a refreshing standalone and I can't wait to check out the next one.

Interesting Story - Not so great reader

It was ok, at first, as others noted, the editing was bad, jumped around in the beginning and with no pause or break it could be confusing, once the story settled in I was intrigued and enjoyed it.

I liked both female lead characters quirky and different but they melded well.

She was hollow and lifeless and the voice of Nero was awful, I had visions of her holding her nose and talking. While her voice was clear she was emotionless and it was odd to hear action parts of the book so bland.

Needed a better reader and maybe some better editing, but the story is good and kept me interested, I enjoyed the story. Would be interested in hearing the book with someone else reading.

Who would you have cast as narrator instead of Diane Havens?

While I did like the story, the narrator left a lot to be desired. Maybe I'm use to Jeffery Kafer narrating on the books that I have listened to by Bob Mayer. It thru me when I first started listening to this book because I did not pay attention when I downloaded the book to who was going to narrate, but I did give it about 5 chapters before I had to stop. For me, the story line wasn't flowing like it usually does when I listen/read a Bob Mayer book.

Would you listen to Bodyguard of Lies again? Why?

No, not if Diane Havens is still the narrator

She was so bland with no emotion

A different narrator. I've never have read or listen to a book by this author before, so since I'm not familiar with his style, it has been difficult to know what is going on in the story because of the way the narrator is speaking. I have restarted the book several times to see if I can follow the story better, and so far no such luck. I'm about ready to give up and just consider my credit a loss.