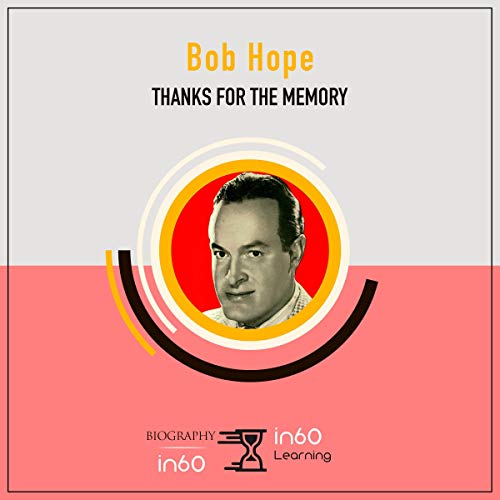 Bob Hope (1903-2003) born Leslie Townes Hope, was an American comedian whose career spanned 78 years. During Hope’s long career, he achieved recognition as a stand-up comedian, a vaudevillian, an actor, a singer and dancer, an author, and even an athlete.

Hope was born in the Eltham District of Southeast London, UK, and his family emigrated to the United States, settling in Cleveland, Ohio, when he was four years old. Before deciding on a career in show business, Hope took various jobs, from butcher’s assistant to professional boxer.

Hope’s early performance career consisted of vaudeville acts, centered around comedic dancing and singing. Hope moved into radio and from there into a career making and starring in films (while still performing live on Broadway in the evenings). Hope is most well-known for a series of road movies with Bing Crosby and Dorothy Lamour. Hope is also well-known in his later years for performing stand-up comedy for the US military around the world.

In 2003, Hope died of pneumonia at the age of 100. When, on his deathbed, he was asked by his wife, Dolores, where he wanted to be buried, Hope told her, "Surprise me."

Hope starred in more than 50 feature films, wrote 14 books, hosted the Academy Awards show 19 times (more than any other host), and performed more than 55 comedy tours for the United Service Organizations.

What listeners say about Bob Hope