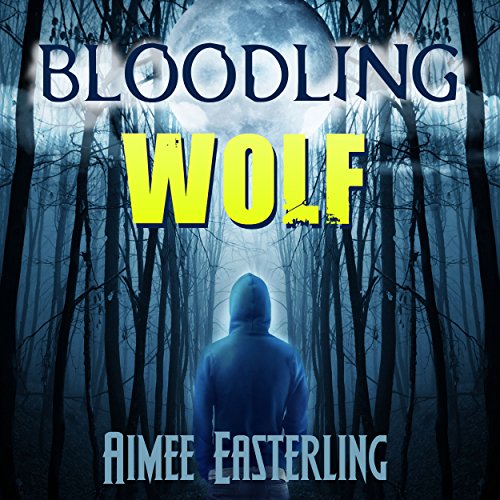 Bloodlings are rare shifters born in animal, rather than human, form.

Due to a chance of fate, Wolfie doesn't walk two-legged until his teenage years. Then he finds that the world looks very different after growing up as a canine.

Unfortunately, Wolfie's sibling Justin is less than thrilled to be upstaged by a bigger and stronger kid brother. When Justin resorts to bullying weaker pack members to prove his own power, Wolfie is faced with a dilemma. Can the bloodling protect his pack mates from Justin's malice? And can he ever really find acceptance in a pack despite his differences?

This short story is the beginning of the Wolf Rampant series, which continues in the novels Shiftless and Pack Princess.

What listeners say about Bloodling Wolf

A great listen on your way to work or on any ride.

Yes. The story is short, but original in it's idea. No one ever tells the story of a baby werewolf.

What other book might you compare Bloodling Wolf to and why?

I can,t compare the story, because I've never read about baby werewolves.

Have you listened to any of Douglas Thornton’s other performances before? How does this one compare?

I have never heard Douglas Thorton on audio before, but I really enjoyed the narration in this story.

Wow! What a great short listen. Bloodling Wolf is Wolfie’s story. I had already read Shiftless and found this a wonderful enhancement.

Bloodling Wolf tells the story of Wolfie’s childhood and how he became alpha to a group of outcasts. Douglas Thorton with his deep resonance was an excellent choice for a narrator.

While it made me enjoy “Shiftless” from Aimee Easterling more, it is a stand alone and doesn’t need to be read first. I actually enjoyed that I had read it after.

This is a short story about wolfie and his birth, upbringing and how he came to be pack leader. I really love Ammie Easterling. And Douglas Thornton is just wonderful. I will recommend this book and series to all of my friends. Enjoy, I know I did.

The "Wolf Rampant" Series Is The One That Will

I love this back story about Wolfie, Justin, and Chase. I enjoyed the narration by Kelly Mccall Fumo in "Shiftless" AND I especially love Douglas Thornton's narration in this 0.5 book. I hope to hear more from him in the future. "Bloodling Wolf" explained several things and was especially good. Along with some perfectly added quips, this is a great beginning. I look forward to more in this awesome series.

This was a perfect tie-in for me from Shiftless to Bloodling Wolf. I know that Wolfie is deserving of being the Alpha now and some history of how he came to be, with the struggles between him and Justin, his milk brother.

About the narrator: This is the first time I've listened to Douglas Thornton and he is a fantastic voice actor. His performance was excellent with superb voice inflections. So happy to hear another great male voice actor.

I recieved this audiobook foc inx for an unbiased review.

I would recommend this to a friend because it really adds depth to the next two books in this series.

I love Wolfie. He is big and Alpha, he is sweet and kind and he protects. He makes his people feel safe and cared for without taking away their independence and uniqueness. What is not to like? The Narrator is good and does not get in the way of the story, he just makes it live.

Have you listened to any of Douglas Thornton’s other performances before? How does this one compare?

I am not sure if I have listened to any other of Douglas Thornton's performances. I feel from the evidence of this audio that he is a really find narrator and allows the story to flow through him.

Yes, but I don't want to spoil it for anyone else, just will say that it is a short but moving story.

You have to love Wolfie and his determination to make it. As a bloodling, he was born as a wolf vs. being born as a human. His father has him tossed out in the cold where he is found by a werewolf toddler from the village. He is accepted into the new family and finds the love he needs.

I liked that Mr. Thornton gave Wolfie a voice. Mr. Thornton draws you into the story and makes you want more. I'm glad that there is 2 more books in the series.

As this is an introductory novella of about 35 minutes, it is a great quick listen.

Bloodling Wolf is a prequel to the Wolf Rampant series. In this book we learn of Wolfie's origins and find out how he becomes the Alpha of his pack. This is great lead in to Shiftless book 1 in the series. I would highly recommend this and book 1.

This is a well written paranormal short stories about wolves and their packs. Bloodlings are a rare form of the wolf shifter as they are born animal instead of human and shift later in life.

Wolfie is a Bloodling and is concerned on whether he has what it takes to protect his pack. After spending so many years as a wolf, Wolfie finds life very different as a human vs as a wolf. We venture along with Wolfie as he learns to adjust...

This was quite interesting for a short story. The author had a good plot and easy to follow along with. The narrator did a good job reading this short story. It was read clearly and just the right speed too!

Excellent book to read after "Shiftless"

This was short but wounderful story of Wolfie's background before "Shiftless". I really liked it and wish it was a bit longer, but I have the 2nd book "Pack Princess" on Audible to listen to next. So off I go!!

This is the real beginning of the pack series. How the brothers united and how the pack formed.