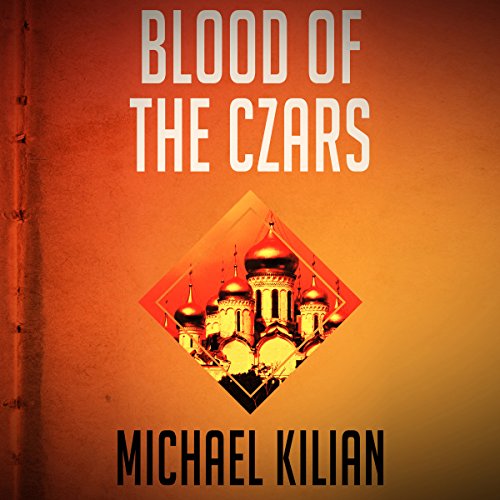 Blood of the Czars

An actress infiltrates the Soviet Union to avenge the death of an ancestor.

When the Russian Revolution came to Saint Petersburg, Princess Irina went into hiding. A stunningly beautiful ballerina, she knew she had to escape the Bolsheviks - or else die. With her jewels sewn into her cloak, Irina made a mad dash for the border. But the Cheka caught up with her, stole her jewelry, and left her naked, bloody, and dead along the riverbank. Her murder was never avenged.

Such is Tatiana "Tatty" Chase's heritage. A modestly successful Broadway actress, Tatty speaks Russian like a native and has never forgotten the atrocities of the revolution. When an old lover gives her a chance to go behind the Iron Curtain as a spy, Tatty leaps at the opportunity for retribution but soon finds that her noble lineage will not protect her from the evil chill of a Soviet winter.

What listeners say about Blood of the Czars