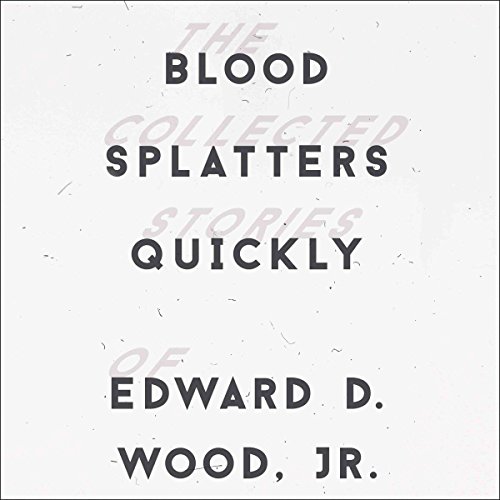 Even if you think you don't know him, you know him. Few in the Hollywood orbit have had greater influence; few have experienced more humiliating failure in their lifetime. Thanks in part to the biopic directed by Tim Burton, starring Johnny Depp, and bearing his name, Ed Wood has become an icon of Americana. Perhaps the purest expression of Wood's théma - pink angora sweaters, over-the-top violence, and the fraught relationships between the sexes - can be found in his unadulterated short stories, many of which (including "Blood Splatters Quickly") appeared in short-lived "girly" magazines published throughout the 1970s. The 32 stories included here have been verified by Bob Blackburn, a trusted associate of Kathy Wood, Ed's widow. In the 40 years or more since those initial appearances in adult magazines, none of these stories has been available to the public. Wood died in 1978, but the legacy of the director of Plan 9 from Outer Space, Glen or Glenda, Jail Bait, and so many other beloved screen classics has only grown in importance. Wood speaks - not least for himself - as one of America's "outsiders" caught up in the struggle to find acceptance inside - and never more directly than in the material in this book.