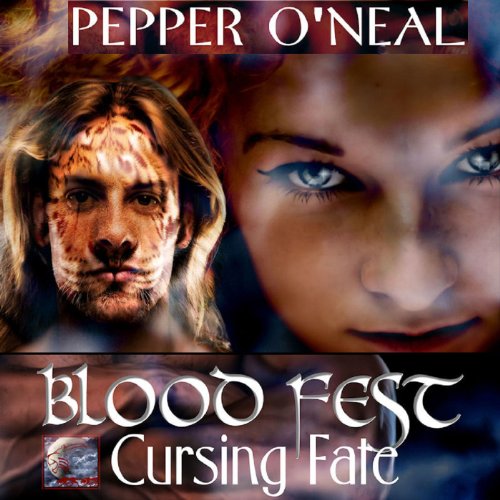 She has some deadly secrets.... Tabitha Norkus wants only one thing in life - freedom from slavery for herself and the others held captive at the Lithuanian weretiger compound. When she gets the chance to escape, she grabs it. Taking three other Weres with her, she bolts for England, hoping to find sanctuary with her cousin in the British weretiger pride. But Tabbi's fierce attraction to Drake Gatos, the English pride leader terrifies her, compounding her inability to trust him.

She has no doubt he's strong enough to protect her from her old pride leader. But will he? Her mind tells her, Drake's the real deal. But her heart fears that once he discovers the truth, he'll send her packing. He can't afford to let her keep them.... Drake catches Tabbi and her three young charges hiding in a barn. Realizing they're on the run and terrified, he takes them into his home and offers them protection. He knows Tabbi is trouble, but she's also in trouble, and his sense of honor won't let him turn her away. His instincts warn him the woman's deep, dark secrets may endanger his whole pride. So why does he find her so irresistible? Can he gain her trust in time to get the answers he needs in order to protect her from the danger that's stalking her - or will he die trying to save her?

What listeners say about Blood Fest

Decent story or as much as you can expect with a wimpy alpha male. Can you really be an "Alpha Male" if you whine and waffle back and forth about how you are treating your potential mate? It’s like the author tried to manufacture conflict between the hero and heroine, but it didn't seem very sincere. What happened to assertive, hard-ass, aggressive, equaling alpha? Drake (the want-a-be alpha) was a very disappointing male. It probably didn't help that all of the male voices sounding like sex pots. Instead of male voices it sounds like sexy, husky, women talking instead of men. The other characters constantly tell you how good of a pride leader Drake is but he didn't show it. Although the female voices were good and I liked their character, most of the time. But Tabby (the heroine) got on my nerves instead of causing me to feel empathy or sympathy part of the time. She spends a lot of her time throwing a pity party. Don't get me wrong, her circumstances have been hard but there should have been a better way of expressing it. Lets suck it up and be strong!

I also must admit that I am being premature, because I am on chapter 10 and have 8 more to go. Audible doesn't let you come back and update your reviews, so there is a possibility that this will go from mediocre to good. I am keeping my fingers crossed. But as of right now they are so freaking sappy I want to shut it off, but, darn it, I used my credit so I am going to stick it out! ugh!!!!

I wish there was a second and third book! What a shocker...

Shifter who were abuse run away to another clan and the leader takes care of them... Well Two adult shifters and two children run away from bad clan and then the adult, with her new goes back and blow the bad clan to smitherines!!! Seriously!!! I am tired... Stayed up just to finish... Didn't want to put it down... What a shocker...

While I wasn't exactly bowled over by this book, I did enjoy it. The heroine, Tabby, is orphaned and left to the mercy of an evil pack leader and his minions in Lithuania. Unspeakable things were done to the women and children there. Tabby escapes with another young woman, a teenage boy and a small girl in tow, and heads for England in search of her distant cousin.

Now this is where it becomes obvious that there was a previous book in this series, and I absolutely hate to read books in a series out of order. Still, it's pretty apparent that her cousin had already found her HEA in a previous installment, and this book was beginning shortly after the other book ended. Now, I don't think I missed out on anything from this story by not having read the first book, but you do get a lot of flash backs to happenings in the other story. The previous book in question is not on audible, and I've read this one already, so there's nothing to be done. Still, that was a bit disappointing.

As for this story, there was plenty of action and tense moments. Upon arriving in England, Tabby finds her cousin away on her honeymoon. She hides, but is discovered by one of Drakes pack members. The hero, Drake, recognizes more or less instantly that Tabby is his mate. He then proceeds to bungle everything but the sex for their first few encounters. At times I found myself slapping my head and wondering "what WAS he thinking??" Other times I just shook my head and said "what a typical MAN thing to do". Still, the subject matter can be rather heavy at times, so Drakes romantic fumbles and the precocious 4 year old girl that came with Tabby provide some comic relief.

Tabby and the other's in her escape party all suffered horrendous systematic and long term abuse to the point that it's a wonder they were still functioning human beings. For me, that made it a bit hard for me to buy into some aspects of the story line. She does sensitively touch on the subject of their fragile mental state, but all in all, they just don't seem all that fragile at all, given the circumstances. They are, in fact, incredibly brave and resilient.

The narrator, Kathy Bell Denton, was too flowery (or perhaps "overblown" is a better word) in her speech to suit me. She also didn't really reach the low range that would have been more suitable for male voices. The author described Tabby and the children as having perfect English with only mild accents, and I think the narrator hit that mark very well. She also did good and quite distinct American and English accents, so I can't fault her there. I also really enjoyed her portrayal of the 4 year old girl. Her "toddler speak" was excellent. I gave the narration 3 stars, because she wasn't terrible, and I didn't find her voice distracted overmuch from the story, but there are definite areas that could stand improvement.

The book doesn't end on the cliffhanger, but it does end by introducing a bit of mystery about what will almost certainly be the heroine of the next book in the series. If Audible releases it, I will most likely buy it and hear what else Pepper O'Neals paranormal world of shifters has to offer next. Worth a credit? Maybe, but I think I'd wait for a sale.

On the fence with these shifters

So this book based on what went on in the story appears to be book two. That being said the story was interesting. There is just enough going on to keep your interest from beginning to end. And it may be because of the cast of characters introduced. The alpha ‘s personality comes at you right off start, but why he is the way he is probably played out in book one. I would have preferred the female lead to have just a little more common sense when engaging the alpha. Maybe just a little more fire in the gut, despite her self-image. Basically this a shifter story with some romance and some action. It took me a while to get use to the narrator. But I don’t think she did a bad job. I just didn’t care for the way she did the male voices. This book is a maybe. If it goes on sale and you are looking for a shifter story give it a try.