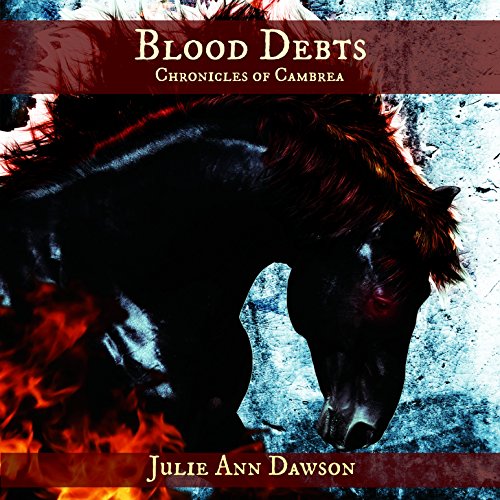 The sequel to The Doom Guardian.

The Spirit Wall still stands, but there are other ways to shatter a world. And Cambrea is a fragile world indeed.

Nadia and Alexandros may have escaped the battle of Gadara, but they can't escape their growing list of enemies. The Necromancers will waste little time before seeking their revenge against those that undid decades of rituals and planning. The Felsworn too have unfinished business regarding their own thwarted plans to bring the Demon Lord Mazzortyranos into the world. The games played by members of House Thairentre threatens to ensnare them both in a web of deception and danger. Barcani Vassu, Lord of Goldkeep, still wants Alexandros' head mounted to his wall; and one of Galenen's most deadly Blades has decided to take up the contract himself...for a rather personal reason.

What listeners say about Blood Debts: Chronicles of Cambrea