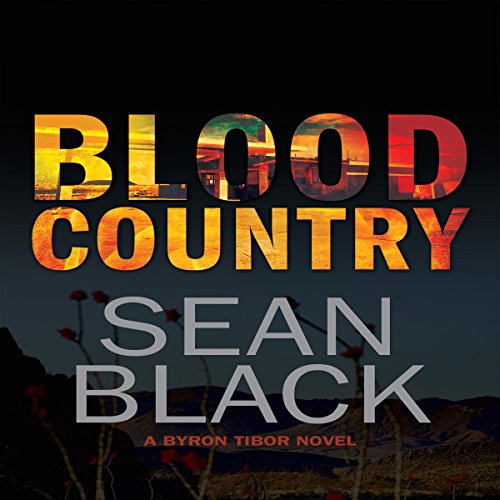 The second novel in the award-nominated Byron Tibor series.

Having fled his home in New York, and still hunted by the federal government, special forces veteran Byron is forced to intervene when he stumbles across unsettling events in a small Texas border town.

The first novel in the series, Post, was nominated for the 2015 International Thriller Writers' Awards.

What listeners say about Blood Country

...he also has some relatively minor but important cyborg-like and bionic enhancements. The US government which he has served his entire adult life now wants Tibor dead and he is on the run. Blood Country is the second novel in the Bryon Tibor series. The series continues with Winter's Rage which will be released September 30 in Kindle format. (There has been no announcement about an Audible format release.) This suspense series is well written, fast paced, and a fun listen.

This is book two in the Byron Tibor series. Although I enjoyed the first book I really liked the second book better.
In this book Byron is picked up on a vagrancy charge while passing through a small town. The charges are trumped up but he is given a 90 day sentence in jail. What happens next is a very realistic story of corruption in the local government. Only drifters are sentenced and then used as slave labor. Across from the men's lock up is also one for women. Their labor is contracted out for assembling electronics.
With Byron being the next best thing to the bionic man he could escape but his conscious stands in the way and precludes him from hurting people even though the powers that be in the special forces he was in are convinced that he is no better subconsciously then a rabid dog. A lot of introspection goes on.
Steven Cooper does a very good job narrating.
I thoroughly enjoyed this book. It is better than the first in the series.
HIGHLY RECOMMENDED.
If you found this review helpful please indicate so.
Thank You.