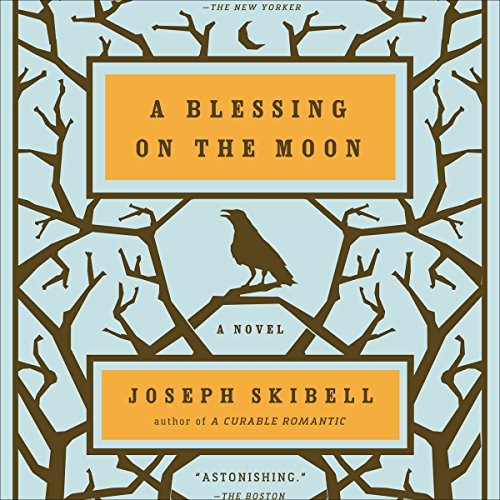 Blessing on the Moon

At the center of A Blessing on the Moon is Chaim Skibelski. Death is merely the beginning of Chaim’s troubles. In the opening pages, he is shot along with the other Jews of his small Polish village. But instead of resting peacefully in the World to Come, Chaim, for reasons unclear to him, is left to wander the earth, accompanied by his rabbi, who has taken the form of a talking crow. Chaim’s afterlife journey is filled with extraordinary encounters whose consequences are far greater than he realizes.

Not since Art Spiegelman’s Maus has a work so powerfully evoked one of the darkest moments of the 20th century with such daring originality.

“As magical as it is macabre." ( The New Yorker)
“Startlingly original.... Recalls the dark, hallucinatory world of Jerzy Kosinski’s The Painted Bird while at the same time surpassing it.” ( The Washington Post)
"Brilliant ... Astonishing.” ( The Boston Globe)

What listeners say about Blessing on the Moon

This book was everything... magical, mysterious, heartwarming, hilarious.... One of my all time favorites ever.

I had to force myself to finish, the first third was so hideous. Not a complete waste of time, but close to it.

Would you ever listen to anything by Joseph Skibell again?

Probably not...This was definitely not my cup of tea.

Have you listened to any of Allen Lewis Rickman’s other performances before? How does this one compare?

No, but the performer was excellent.

Could you see Blessing on the Moon being made into a movie or a TV series? Who should the stars be?

I wouldn't go see it; the imagery was hideous.

I do not recommend this to Jews or anybody except one who likes the most greusome imagery of corpses doing the unnatural.