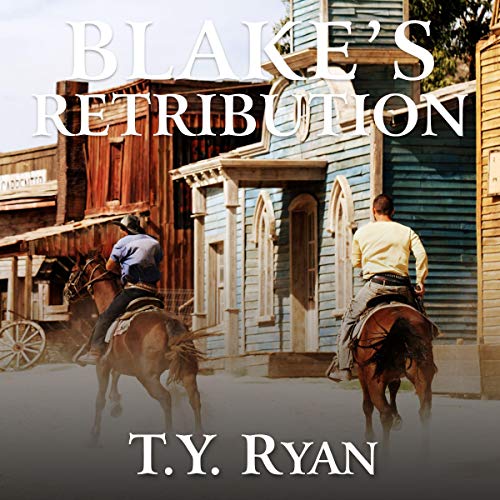 Sheriff Blake Jones arrives in South Dakota to a rough mining town full of lawlessness, taking over for Sheriff Jim, who is killed under mysterious circumstances.

As Blake vows retribution for Jim's death, he's summoned to a meeting by Rupert, the man who runs the town using scare tactics and threats, at his house. Blake's suspicions are aroused as he talks to Rupert, and Blake is shocked to see the woman who broke his heart, Nola, now married to Rupert.

As Blake investigates Jim's death, he's warned to back off before it's too late. But he refuses; shocked at the corrupt townsfolk who would do anything to keep their town lawless and their people fearful. Too late, Blake realizes that his life is on the line, and he must take desperate action to rid the corrupt town of Rupert and his men, before his life and Nola's are lost forever.

What listeners say about Blake's Retribution