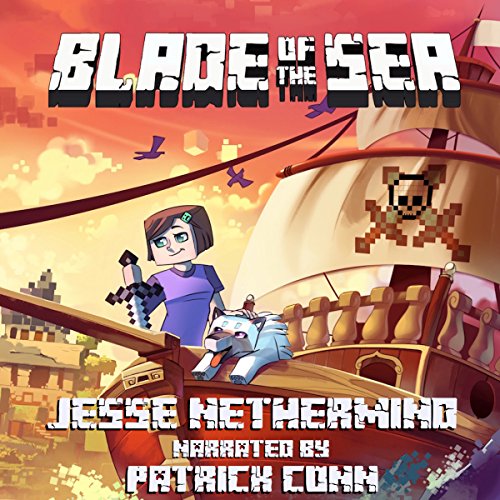 Blade of the Sea, Book 1

Blade of the Sea, Book 1

Pirates on a treasure hunt. An ancient weapon lost long ago. One girl determined to save us all.

Trish never saw herself as a hero. She lives in a quiet village and spends most of her time happily crafting. But when a gang of pirates throws her life upside down while searching for a legendary weapon called The Blade of the Sea, she ventures outside of the safety of her village to find it before they do.

With only her wits and crafting skills to help her, Trish fights zombies and creepers, explores secret temples, battles pirates, and solves mind-boggling puzzles. Even after befriending a wolf, she's in way over her head. She soon learns that The Blade of the Sea protects an even bigger secret. According to legend, it is the key to an ancient treasure with the power to bring the world to its knees.

Fans of the Elementia Chronicles and the Gameknight999 series will be drawn to Jesse Nethermind's epic tale of treasure hunts, pirates, ninjas, and the quest for a magical place rumored to contain the ultimate power. Filled with action, humor, and monsters galore, The Blade of the Sea is the perfect adventure story children and adults alike!