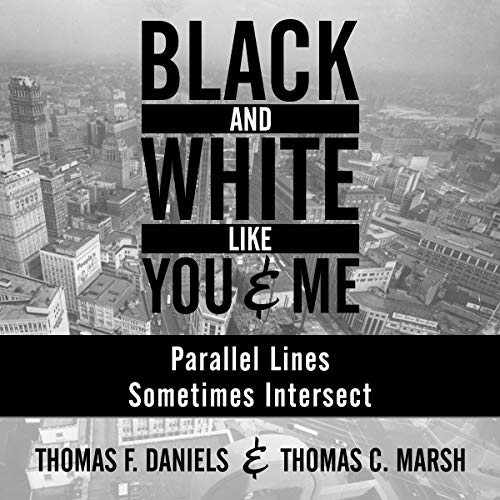 Even in 1960s Detroit, race isn't everything.

Both men grew up in strict households where they "always got what we needed, and sometimes what we wanted," and both saw their city, their country, and their world transform around them through the Civil Rights movement, riots, and the Vietnam War.

As each man tells his story, it is apparent that race isn't just "black and white", but it is part of what makes their friendship extraordinary. Their experiences will teach you that race made for huge differences in their experiences, while, in spite of race, there are also touching similarities that made it possible for two men, in their older years, to overcome decades of racial turbulence of their upbringing to become lifelong friends.

Follow Tom and Cookie. Hear about their lives, their upbringing, their successes, and regrets growing up in black-and-white Detroit - and how, when it boils down to it, the things that are truly important are actually black and white, like you and me.

What listeners say about Black and White Like You and Me