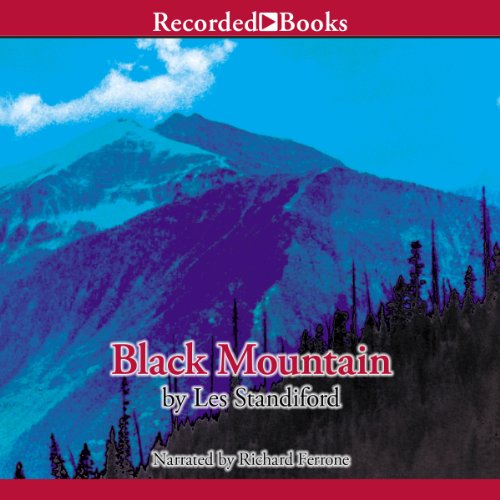 When Presidential Deal hit the best-seller lists, fans of Les Standiford’s other books, including Done Deal, and Raw Deal rejoiced. They already knew what new readers would find: taut suspense, tough characters, and a superb sense of mood. Now in Black Mountain, Standiford combines high-country adventure with a tale of ruthless revenge.

Black Mountain looms on the horizon east of Yellowstone. When New York’s governor goes there on vacation, policeman Richard Corrigan is an unofficial part of the security team. The first "accident" occurs when the seaplane explodes after dropping them at the campsite. The second is clearly murder. One by one, members of the camping trip fall under the hands of unseen, silent killers. As Corrigan desperately tries to anticipate the next attack, the danger and tension mount with each passing hour. Filled with non-stop action, Black Mountain reaches new heights of suspense, and narrator Richard Ferrone captures every perilous step with his muscular performance.