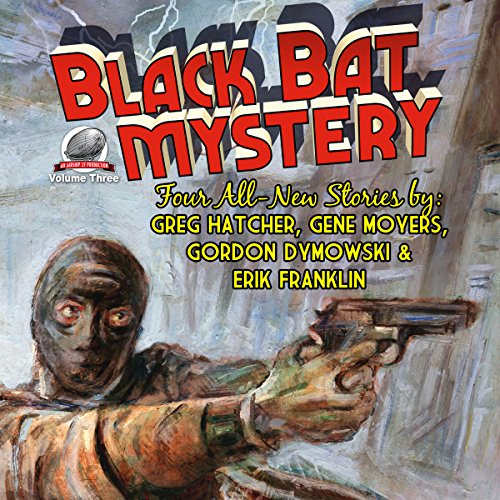 One of the greatest pulp action heroes is back in four brand-new adventures. Tony Quinn, blind defense attorney and police consultant, is the crime-busting vigilante known as the Black Bat. He is aided by the lovely Carol Baldwin, former con-artist Silk Kirby, and ex-boxer Butch O'Malley. Together they battle the underworld of New York City, fearlessly putting their lives at risk to champion justice.

In this third volume, the Black Bat faces a mystic swami said to possess arcane powers, boards a high speed train to foil a gang's bold attempt to rescue their captured boss, and offers his services to protect the life of a famous Broadway personality threatened with death. New pulp writers Greg Hatcher, Gene Moyers, Gordon Dymowski, and Erik Franklin have captured all the action and thrills that were hallmarks of the early pulps and delivered a quartet of amazing Black Bat exploits pulp fans will cherish.