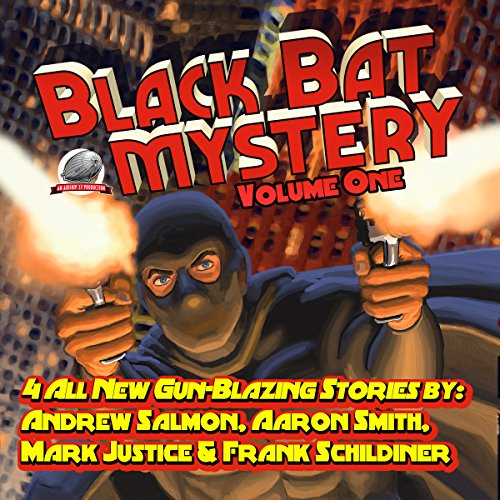 He owns the night!

One of the most original heroes in all of pulpdom returns in four gun-blazing adventures, jam-packed with action and adventure. The mysterious Black Bat once again patrols the urban jungle. His targets: those who would prey on the weak, the helpless.

Crusading District Attorney Anthony Quinn was scarred and blinded by gangland hoods. When an experimental transplant operation returns his sight, it also grants him the ability to see in the dark! Allowing the public to continue believing he is a harmless, blind attorney, Quinn invents a new identity, that of the crime-fighting avenger known as the Black Bat. With a trio of loyal aids, he launches his campaign against the forces of evil.

From a giant Nazi-bred monster to a gun-slinging Commie assassin, here are four brand new tales by Andrew Salmon, Aaron Smith, Mark Justice, and Frank Schildiner - starring the master of the night, the Black Bat, once again thrilling pulp fans with his daring exploits. Long considered the template from which dozens of comic book heroes were inspired, including Marvel's Daredevil and DC's Batman, the Black Bat is truly one of the most unique characters ever born of the pulps.