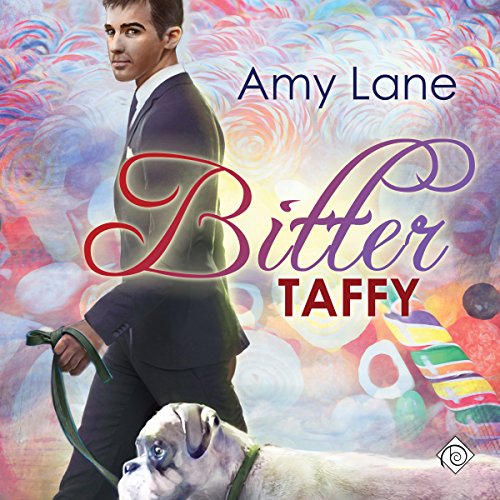 Rico Gonzalves-Macias didn't expect to fall in love during his internship in New York - and he didn't expect the boss' son to out them both and get him fired either. When he returns to Sacramento stunned and heartbroken, he finds his cousin, Adam, and Adam's boyfriend, Finn, haven't just been house-sitting - they've made his once sterile apartment into a home.

When Adam gets him a job interview with the adorable, magnetic, practically perfect Derek Huston, Rico feels especially out of his depth. Derek makes it no secret that he wants Rico, but Rico is just starting to figure out that he's a beginner at the really important stuff and doesn't want to jump into anything with both feet.

Derek is a both-feet kind of guy. But he's also made mistakes of his own and doesn't want to pressure Rico into anything. Together, they work to find a compromise between instant attraction and long-lasting love, and while they're working, Rico gets a primer in why family isn't always a bad idea. He needs to believe Derek can be his family before Derek's formidable patience runs out - because even a practically perfect boyfriend is capable of being hurt.

What listeners say about Bitter Taffy

From Candy Man we meet Rico, Adam’s cousin who is in New York doing an internship who has just admitted to Adam that he’s gay and has found his love in Manhattan. The book opens with Rico and Ezra (the lover) breaking up spectacularly when Ezra’s dad discovers their relationship.

Rico moves back to Sacramento (almost 2 months early) heartbroken, happy that Adam and the miraculous Finn are there to help him heal. And of course there’s Darrin, the psychic candy shop owner who knew Rico was on his way before Rico did.

Rico gets hooked up with Derek, the provider of Art jobs for Adam, both romantically and as an employer. But it doesn’t always go smoothly, Rico is seriously cautious and doesn’t want a repeat of his last workplace romance.

In the end, Derek’s perfection and his persistence pay off and we get another HEA.

What I LOVED about this story, besides seeing so much of Finn and Adam, was how much healing we got to see Rico go through. His family is SO toxic and it takes some serious balls for him to come out – not just for himself but for Adam’s sake as well – and he does it so well!

I loved how steadfast both Derek and Finn were and what good examples their families provided for both Rico and Adam.

Of course the pets are wonderful as are Darrin and the other secondary characters.

Reading this is EXACTLY like a trip to your favorite candy store. You know you will be sad when the book/candy is over/gone but you just have to devour it as quickly as you can because it’s so enjoyable!

I can’t wait for Ezra’s story and for these to come out on Audio.

Philip Alces is seriously growing on me. I really love his character voices for Finn and Derek and though I wish he’d done more for the Hispanic accents of Rico and Adam, he overcomes that with his wit and humor and his timing.

I highly recommend this audiobook and the series.

I loved this story so much. I loved Rico’s character in the last book and I love him even more in this one. Derek knows that Rico’s worth waiting for. Their relationship is a slow build up but it’s perfect!!! Narration by Philip Alces was great!!! He really brings these books to life.