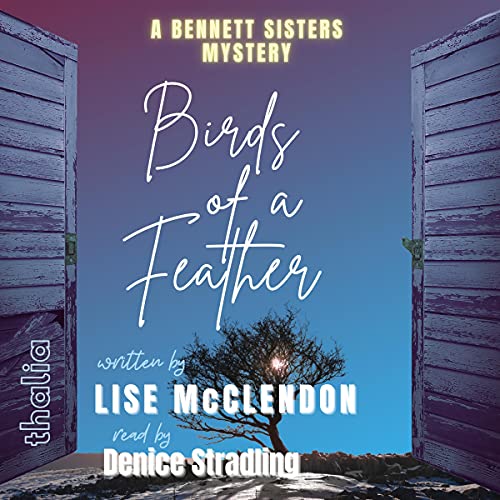 Birds of a Feather

A wintry Welsh evening. A house full of relatives, hangers-on, and malcontents. A British/French family hosts Elise Bennett, and gets the extra benefit of two of her sisters. Will Twelfth Night ever arrive for these revelers? A holiday to remember...and forget.

When Elise Bennett, youngest of the five sisters, is invited to spend the long holiday break with her new boyfriend, Conor (from Lost in Lavender) she is thrilled. Who wouldn't be? A remote Welsh manor house, a chance to mix with the clan, long walks on the snowy hillsides - but things are not so simple in the countryside. Not with this family.

Conor's brother, Duncan, misbehaves toward Elise, causing two of her sisters to rush in with emotional reinforcements. Then an undesirable French relative arrives, with an entourage. A house that already feels crowded is now bursting with intrigue, day-drinking, bird shoots, and so much cooking. And whining about cooking. When a death breaks the monotony in the kitchen, no one is relieved. Because, at this point, they are all suspects.

Birds of a Feather was originally published in three parts: Swan & Peacock, Crazy as a Loon, and Fly the Nest.

What listeners say about Birds of a Feather