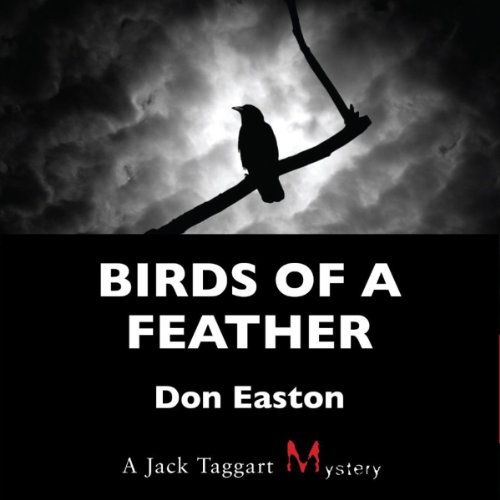 Birds of a Feather

Canadian Mountie Jack Taggart's back. This time, he's in El Paso and a woman's gone missing. Taggart will need to penetrate a Mexican drug cartel to find her. Author Don Easton writes from personal experience, having worked as an undercover police officer in Canada for 20 years. David Drummond gives a strong performance. With casual pacing, he embodies Taggart's bravado while managing a variety of character voices. Meanwhile, Drummond's airy tenor compliments the mysterious tone. Fans of this series, and edge-of-your-seat drama, will enjoy this action-packed audiobook about the ugly underbelly of crime.

Lily Rae is on holiday in El Paso, Texas, when she's kidnapped by a Mexican drug cartel. El Paso borders on one of the most dangerous places in the world - Ciudad Juarez, Mexico - a city caught in the grip of a war between cartels.

Her disappearance is investigated by undercover Mountie Jack Taggart, who discovers a Canadian link to the cartel and penetrates the organization. Taggart is sent to El Paso, where he is partnered with special U.S. Customs agent John Adams. Neither Taggart nor Adams know they have been paired together for a secret purpose.

Taggart has strict orders to stay out of Juarez, but his gut instinct directs him otherwise. The investigation seems to be going smoothly - until the cartel discovers his true identity.

Practically torn from the headlines, Birds of a Feather will keep you on the edge of your seat and leave you questioning right and wrong.

What listeners say about Birds of a Feather