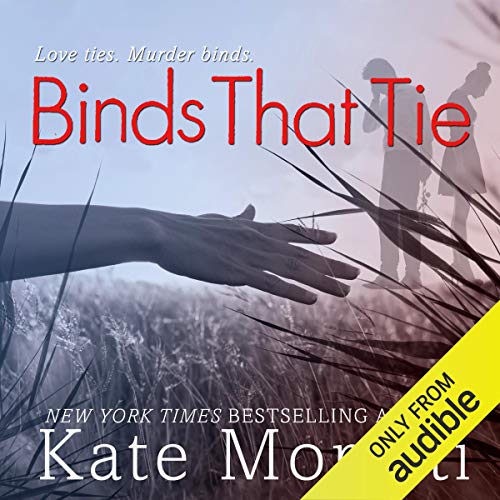 Maggie never felt as though she belonged until Chris Stevens showed her what true happiness meant. Ten years into their marriage, miscarriages and infidelities have scarred them both. Despite their perfect-couple image, Maggie can’t look at Chris with anything but resentment. When a charismatic stranger offers the opportunity for a little harmless flirtation, she jumps into the game. But charm soon turns to malice, and a deadly split-second decision forces Maggie and Chris onto a dangerous path fraught with secrets, lies, and guilt. With no one else to turn to - no one she dares trust - Maggie will ultimately learn just how binding marital ties can be.

What listeners say about Binds That Tie

this was a good marriage thriller, but with an ever increasing selection of novels in this genre I recommend the widow slightly faster paced

Binds That Tie is a gripping tale of two ordinary married people who find themselves in a heap of legal trouble after the wife, Maggie, kills an intruder and the husband, Chris, decides to hide the body instead of reporting it. Chris is an ex-convict whose once bright future was yanked from under him after a drunken bar fight in college that landed a classmate in a wheelchair. As such, he has little trust in the police or the justice system. Maggie, meanwhile, would rather do the obvious "right thing" and call in the authorities.

The book alternates between Chris and Maggie's points of view. I listened to the audiobook version, which had two narrators. As longtime audiobook listener knows, the narrator can make or break a character. Maggie's narrator did a good job of bringing the character to life. However, Chris's narrator was the real standout. Something about the way he imbued tension and emotion into the words made the character completely sympathetic, even though Chris is not a good person by any means. He cheated on his wife even as she was struggling through the emotional toil of miscarriages, and he strong-armed her into agreeing to lie to the police. So why the heck did I feel bad for this guy and want him to get away with his wrongness?

Apart from the brilliant narration, Moretti's subtle and well-constructed prose allows you to dig deep into the characters' thoughts and really see the world from their points of view. Maggie is no angel either. She's been through a lot, and so it's easy to feel bad for her, but she's not the nicest of people (especially with what she does at the end, though I won't spoil the twist here).

The plot itself seems simple on the surface, starting with a depiction of Maggie and Chris's crumbling marriage and then moving into a legal/courtroom drama as the police and lawyers get involved. The police form a convenient theory that Chris murdered the intruder in cold blood, further complicating matters. We the readers know what Chris and Maggie do – yes, crimes were committed, but there were extenuating circumstances. Maggie was defending herself. Chris was trying to protect himself and his wife from what he believed to be a corrupt system. Something about the way the story is told makes each moment tense and left me wondering, "Oh my God, what's going to happen next? Are they going to get away with it? Is Chris going to be wrongfully convicted of murder?" after every chapter. In fact, Moretti's writing held my interest so well, I actually missed my exit once (I listen to audiobooks during long drives) because of it.

Kate Moretti may be the new kid on the block for women's fiction, but I have a feeling that's going to change soon. She's a real force to be reckoned with, between crafting complex emotions and weaving tense plots that leave you flipping the pages even though no one's holding a gun to anyone's head. I really, really enjoyed Binds That Tie, even more than I did her previous novel, Though I Knew You (which is also excellent, by the way!). And I can't wait to see what she comes up with next.

story was fascinating & loved how it was told from two different perspectives & performed in two different voices! ending was a bit abrupt! would love to know more about how everyone is doing! guess that is the point! :-)

Hated the way it ended.

I liked the story until the end. I hope there is going to be a sequel to it. If not, then I won't recommend this book to anyone.