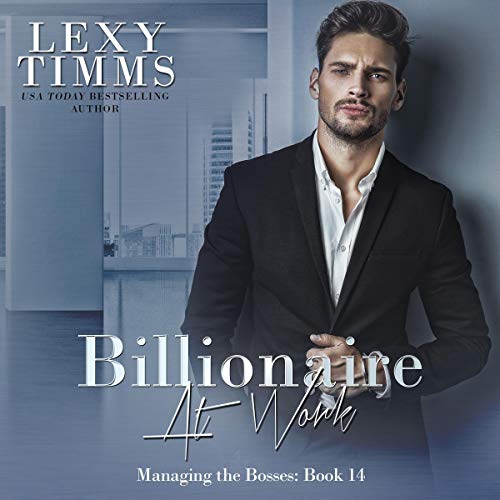 The Boss is back! From best-selling author Lexy Timms comes a billionaire romance that'll make you swoon and fall in love all over again.

Jamie and Alex were sure everything was over when they finally got Markie back. The only thing that could make up for the nightmare of a missing child was having him returned to them. But it seems as if the nightmare is only beginning when Jamie discovers the kidnapper was her own mother.

The knowledge comes with questions, and with grief. A grief Alex doesn’t help by maintaining an “I told you so” attitude that sets Jamie’s teeth on edge.

Not only that, but Alex is also dead-set against apologizing to Christine for accusing her of being the kidnapper both to her face and to her husband. Paul, one of Alex’s most trusted partners, quit Reid Enterprises as a result.

All Jamie wants is for Alex to own up to his mistakes. After all, in the light of their son going missing, everyone was emotional, and it could easily have been a slip in a moment of frustration.

But Alex won’t give, and it’s driving them apart. Not to mention that Christine isn’t talking to Jamie, and she is struggling to come to terms with her mother’s reason for being behind bars.

Will Jamie and Alex be able to get past the biggest stumbling block they’ve ever come across in their marriage? Or will the weight of the recent past finally break them?

This is steamy romance, not erotica!

Read book, wanted audio.. ends a couple of chapters before .. tried deleting and re loading. No success.