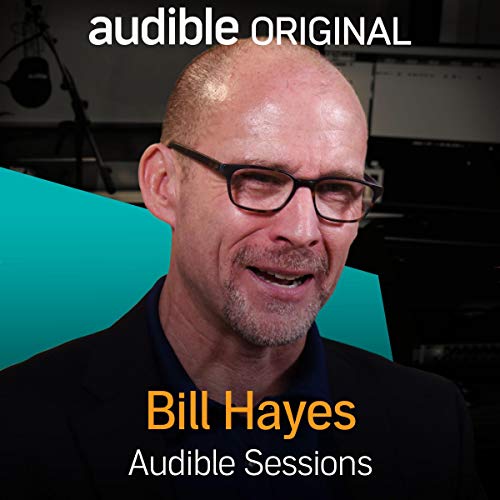 Bill Hayes visits the Audible Studios to talk about his latest book, Insomniac City: New York, Oliver, and Me, a gripping, heart-wrenching tale of his love for Oliver Sacks, life in New York City and the fascinating people he meets on his way. Insomniac City is both a meditation on grief and a celebration of life - a moving celebration of what Bill Hayes calls 'the evanescent, the eavesdropped, the unexpected' of life in New York City and an intimate glimpse of his relationship with the late Oliver Sacks.

Sacks isn't Hayes' only focus. His other subjects are New York City and himself. Hayes includes portraits of New York strangers, skateboarders, cab drivers, people met on the subway, the dealer at their local newsstand. Hayes is a believer of chance encounters, brief and fleeting moments.

What listeners say about Bill Hayes