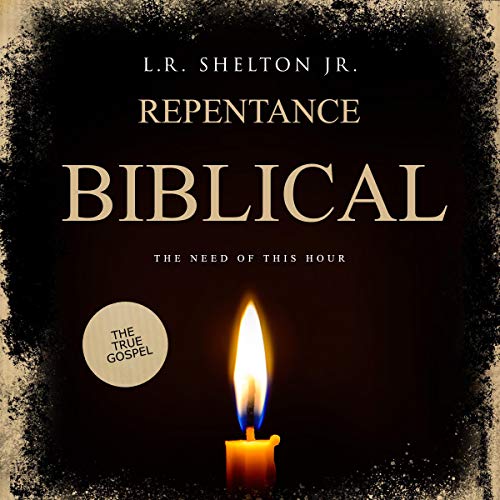 Another quality eBook from Chapel Library.

The need of repentance

Why is Biblical repentance the need of this hour? Because we are living in a day when most religious leaders actually deny the need for repentance. If they preach it at all, they water it down like the seminary president who said repentance means no more than "a gentleman telling God he is sorry." Others say that repentance was only for the Jews and not for us today. Some say that repentance is only for the children of God and has nothing to do with lost sinners, while others teach just the opposite: They say repentance is only for lost sinners but not for the children of God! And still others claim that repentance is just a form of works and unnecessary for any group! So, my purpose is to refute these fatal errors that are beguiling precious souls to eternal destruction.

Now, let us hear the testimony of the word of God. In Luke 13:3 and 5 we hear our Lord’s words: "Except ye repent, ye shall all likewise perish." What he is saying is this: "Unless you lay down your arms of rebellion against God, you shall perish in Hell, for you abide under the wrath of God. Confess your sins and leave them or you shall perish forever!"

So to begin with, I must set forth the effect of sin upon the human race, especially upon you and me. What is sin?

Sin in its essence is rebellion against God. This means thinking we have the right to do with ourselves as we please and acting independently of God and his holy law. As the Apostle John says, "Whosoever committeth sin transgresseth also the law: for sin is the transgression of the law" (1 John 3:4). In fact sin is our way of saying to God, "Stay out of my life; I don’t need you."

The doctrine of sin’s effect upon you and me and the whole human race is most solemn. As no heart can sufficiently conceive, so no tongue can adequately express the state of wretchedness and ruin which sin has brought upon guilty, miserable man. You ask, "What has it done?" Oh my friend, it has separated us from God! It has warped and ruined our bodies, souls, and spirits! Sin has filled our bodies with sickness and disease. Sin has defaced the image of God in our souls. Sin has cut off our fellowship with him who made us in his own moral likeness! Sin has made you and me by nature lovers of evil and haters of God, who is the only good. Yes, it is a most solemn thing to view sin in the light of God’s word, to see what it has done to man, to God and his Christ, and to God’s creation! Sin has shut us out from God and opened the gates of Hell. It is solemn, because sin has cost man his most precious possession - his never-dying soul.

Again, the doctrine of sin as revealed in God’s word is a very humbling one. Why? Because the Bible does not present us as merely ignorant and in need of instruction. Neither does it present us as run down and in need of a tonic. Rather, it reveals that you and I have become spiritually dead and void of any righteousness that will commend us to God.

This means we are spiritually without strength, thoroughly incapable of bettering ourselves, exposed to the wrath of God, and unable to perform a single work which can find acceptance with a holy God (Romans 3:10-18).

The impossibility of anyone gaining God’s approval by his own works appears plainly in the case of the rich young ruler who came to Christ (Matthew 19). When you judge this young man by human standards, he was a model of virtue and religious attainment. Yet, like so many others who trust in self-efforts and self-righteousness, he was ignorant of the spirituality and strictness of God’s law. When Christ showed him the covetousness of his heart, he went away sorrowful, for he had great riches. It was humbling to find out that his best duties in religion were nothing but stinking rags in the nostrils of God (Isaiah 64:6)...

What listeners say about Biblical Repentance

Great book and highly recommended. So clear and systematic in the building up to practical application. Thank you.

Very thought-provoking and a reminder that ALL things pertaining to life and godliness MUST come from Jesus Christ as God and Saviour.