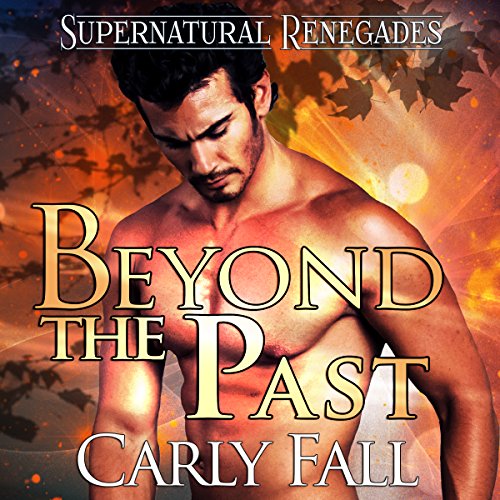 While trapped in a convenience store on a snowy New Year's Eve, Marine Lucas Tate made a promise to his childhood sweetheart and future wife, Gabby: he would never leave her side again.

While serving in Guatemala, Lucas survived an accident that left him with the supernatural capability of seeing visions of people dying before they actually do. To protect Gabby from his secret and those who gave him the ability, Lucas leaves her, drops out of society, and becomes homeless on the streets of Reno, Nevada-until, one day, he is given a chance at a new life by a stranger who calls himself Joe Smith, on the condition that he sober up and regain his physical strength.

Anger and sadness become Gabby Tate's companions as she struggles to get by without her husband. In her search for answers, she finds herself caught up in a world she never knew existed, and suffers greatly at the hands of those hunting Lucas.

Reunited by fate, Lucas and Gabby must join forces to stop his persecutors. Through betrayal and heartbreak, Lucas must reveal his secrets to Gabby, who is now faced with the biggest decision of her life: Can she go beyond the past and forgive Lucas for breaking his promise to her not once, but twice?

What listeners say about Beyond the Past

I really liked By Sea, the first book in the Supernatural Renegades, but in this book I couldn’t see what Lucas’s ability could possibly help anyone. Even at 80% I didn’t understand it, and I couldn’t understand him leaving Gabby instead of telling her what was going on. I know the government told him they would kill her if he told her but HOW would they even know? The author could have done this story a little better.

I did like Garrett, and I’m more than a little curious about Joe Smith and Thomas. I can’t wait to read about what’s going on with Joe. Who is he? What is he? Does he really have a company, or is he just a very wealthy man who’s out for revenge of some kind. He’s the most fascinating character in these books.

There was no sexual attraction, except for what Gabby felt for Jerrod, who was not her husband, the hero, but she didn’t let it go anywhere. BUT there was explicit sex between the hero and heroine, once they got back together. Usually I can’t stand books without sexual tension of some kind but when the book is holding my interest I don’t even miss it. This Supernatural Renegade series is an attention getter from the git-go.

There was swearing, too. The F-bomb was used 27 times. As it should be in these kinds of books.

As to the narration: Gordon Palagi was just ok for me. He read the entire book in a soft and mellow voice with no emotion whatsoever, everything he read sounded like a whisper but there was absolutely no laughter or anger or anything else a narrator is supposed to show when reading. This was, at times, a brutal book but you’d never have known that by the way he read every word just like the last. He was really kind of bland.

This story is a little too short for my. it was fine but i would like to see more story, instead of a fast pace that leaves my like " what where" . i miss some more detail, what kind of work will the lead do, and what kind of organization is he working for. it is too secretive for me. i hope the series develop more as the stories are released.

Lucas Tate has been living on the streets for the past six months to protect his wife, Gabby, from the military men who gave him the power to see future deaths in his mind. Garrett finds him, though, and offers him a job he cannot refuse. However, when Gabby is abducted and abused Lucas becomes determined to find the man responsible and end the threat to Gabby forever.

Gordon Palagi narrates the series with a subtle touch. He distinguishes between characters, but does not go over-the-top. This allows for a smooth read without skips or missteps in character voice.

If you're looking for a quick read about magic and military experimentation, this is the book for you!

I like the story line and have read the first in the series also. The story is interesting, but I feel it was too short. I like the characters and how they interacted. I wish that the story had continued to see them through their first mission.

It ended to soon.

What aspect of Gordon Palagi’s performance would you have changed?

The reader needs to be more forceful when speaking in the male voice. He did not capture and hold my attention as well as most other readers I have listened too.

Was Beyond the Past worth the listening time?

It was ok, but not something I could not put down. I might have enjoyed it more if I had read it myself. I was not impressed with the reader.

I was given a copy of the book from the author in exchange for an honest review.

a must read/listen to book

loved it. characters came to life. action...adventure...suspense...romance.... and edge of your seat can't wait to continue storyline. don't want to turn the book off. characters draw you into their lives and you can feel their emotions as if they were your own. the story is not predictable... if you think it is going to go one way it goes off on a different tangent. there is never a dull moment.

I haven't listened to many books. I found this narrator was easy on the ears. he brought the characters to life and personified their personalities. he got you used to what each character sounded like then built on that premise. using their voices to quote them instead of this person said this and that person said something else. he didn't just read words. he helped bring the book to life. some other narrators read the book word for word..... (Peter said "I am going to the fair" "I will join you at the fair later" responded Gail.)
this narrator would use 2 distinctly voices for the 2 characters. other narrators would read it as written. it is a surprisingly enjoyable difference.

I would recommend this book as a must read. it made me want to read book 1 and book 3 of the series.

I was given a copy of this book in audio format by the author in exchange for an honest review.

I found the detailed descriptions especially in the start of the book created the foundation of the story and understand the motivation of the main character (Lucas) of why he left his wife (Gabby) and is living on the street . This draws you in and enables you to connect with the characters The writing is good as it allows you to connect with feeling and heartbreak that the character feel as a result of the situations that they have been placed in.
This was an enjoyable book with a good storyline which keep you interested and listening to the very end, where the bad guy pays for his actions It did however leave room for the story to continue to develop in the next book namely to disclose who was behind the conspiracy that the characters found themselves in.
The narrator Gordon Palagi provides a unique performance in portraying the different characters in the book.

I really enjoyed this book. It was well written had an awesome storyline, and kept you captivated through the entire story. The story progressed at a good pace and the ending was great!