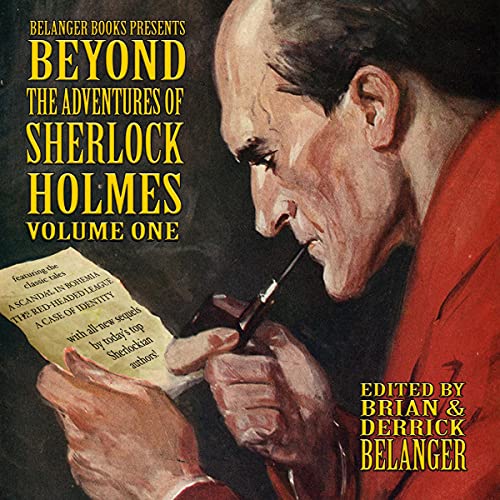 Beyond the Adventures of Sherlock Holmes, Volume I

Beyond the Adventures of Sherlock Holmes is a special three-volume collection of sequels to the original stories by Sir Arthur Conan Doyle. Each original tale is paired with an all-new adventure, spinning our hero off into plots and directions that Sir Arthur may never have considered. In many cases, years have passed by since the events of the canon.

Holmes and Watson find that people change. New facts are uncovered. Some characters aren't as dead as one might have assumed! Intriguingly, many stories have multiple sequels! How did your favorite adventure end? Depends on who you ask. Holmes, to his credit, rises to the challenge every time!

Volume I contains these brand new sequels to the original adventures! Sequels to A Scandal in Bohemia:

Sequels to The Red-Headed League:

Sequel to A Case of Identity:

The Adventure of a Flight of Angels by Robert Perret Volumes II and III contain even more sequel adventures!

What listeners say about Beyond the Adventures of Sherlock Holmes, Volume I

I really liked the concept of an original story from the Canon, which is followed up by a sequel written by a modern author. Some of the originals in this book had several modern sequels, not all of equal quality. I would have preferred to read more original ACD stories thus more modern sequels. Otherwise, it was a great idea that could have been executed better. Narrator Richard Auty does an excellent job.