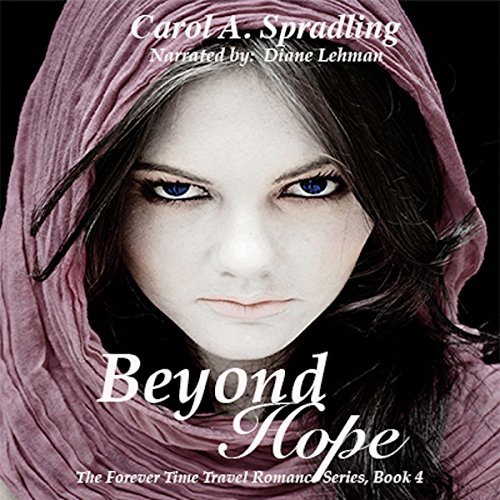 By: Carol A. Spradling
Narrated by: Diane Lehman

Hope Blackstone is manipulative, beautiful, and a time traveler. She lives life on her own terms, but when she loses control of her time travel ability, she finds herself at the mercy of a murderer. In order to reunite with the man she loves, Hope must sacrifice everything she holds dear, including Clayton.

Clayton Ellsworth is the one man who loves Hope unconditionally. When Hope disappears, his only clue to finding her is a painting of Hope Blackstone, a woman who lived 230 years in the past.

Gideon Benton is handsome, charming, and deadly. He marries at will and murders out of necessity. His finances are dwindling and he will not concede his lavish lifestyle no matter who tries to stop him.

Unable to return to the man she loves, Hope must prevent Clayton's death by any means necessary. But when Gideon wants more than money, Hope will be forced to make an irreversible decision that will haunt her for the rest of her life.