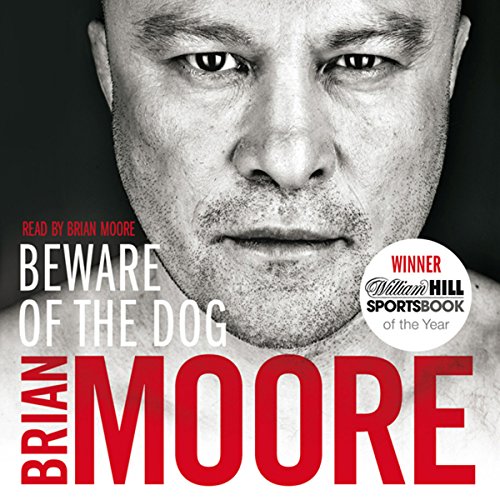 Beware of the Dog

Winner of the William Hill Sports Book of the Year award, this is a scorching and deeply personal autobiography that lifts the lid on the life and character of one of English rugby's most successful players. Brian Moore, or 'Pitbull' as he came to be known during nearly a decade at the heart of the England rugby team's pack, established himself as one of the game's original hard men at a time when rugby was still an amateur sport. Since his retirement, he has earned a reputation as an equally uncompromising commentator, never afraid to tell it as he sees it and lash out at the money men and professionals that have made rugby into such a different beast.

Yet, for all his bullishness on and off the pitch, there also appears a more unconventional, complicated side to the man. A solicitor by trade, Moore's love of fine wine, career experience as a manicurist, and preference for reading Shakespeare in the dressing room before games, mark him out as anything but the stereotypical rugby player. In Beware of the Dog Moore lays open, with astounding frankness, the shocking events, both personal and professional, that have gone towards shaping him over the years. Presenting an unparalleled insight into the mind of one of British rugby's greatest players and characters, Beware of the Dog is a uniquely engaging and upfront sporting memoir.

What listeners say about Beware of the Dog

Beautifully narrated but I wanted more inside detail. Especially around the tours and amateur era. I think the book has more detail in it.

This is more of a lame preview than a reading of the book. At 2 hours (only realised after I picked it) I knew it would be short, but this version misses some of his main points in the book, especially about his "Gollum". There are a couple of references but it's never explained for people who don't know.

I've consigned myself to buying the book at some point and reading it, but really would have preferred to have had it as an audio version...

If you feel the need for listening to this version, or have already and didn't understand it, listen to his BBC "Desert Island Discs" interview - was far more revealing and heartfelt, if I was reviewing that, it would have got 4/5 stars... I'm only giving this 2 as there are some good elements in there, but sooooo poorly editied, it's a shame considering the source material (the book) and his capabilities as a speaker (the BBC DID interview).

I had been drawn to this book as an example of the better type of sporting memoir - going deep into the psychology of the player. In effect it is just a list of sporting fixtures where the self-opinionated player presents his extremely biassed and unsupported view. What a shame.

Really interesting views on a past era of rugby and a surprisingly detailed insight into Brian's childhood and obstacles he faced becoming the player he was. Well worth a listen to for any avid Rugby fan.

A great insight into a rugby ledgend. A great mix of personal and rugby stories.

Interesting, but not enough depth in my view. For a man with such commitment, this barely scratches the surface.

Great! Insightful, interesting but too 'abridged'

If you could sum up Beware of the Dog in three words, what would they be?

Brian played with his heart on his sleeve, and this autobiography is the same. We know he was a hard nosed competitor who practiced law on the side but this goes further.

I nodded along, understanding what he went through and relating to some parts. It's a human voiced version of accounts of someone who has lived a life, understands what they did, understands regrets wont change anything but he can change the future.

As a rugby fan I immensely enjoyed this, but it was far too short to cram his life into just 2 hours. Other biographies of much younger people i.e. a 31 yr old comedian auto-bio I'm currently listening too, is non-abridged and 11 hrs 40. I would have loved to hear more rugby stories, rugby politics as well as his life and on.