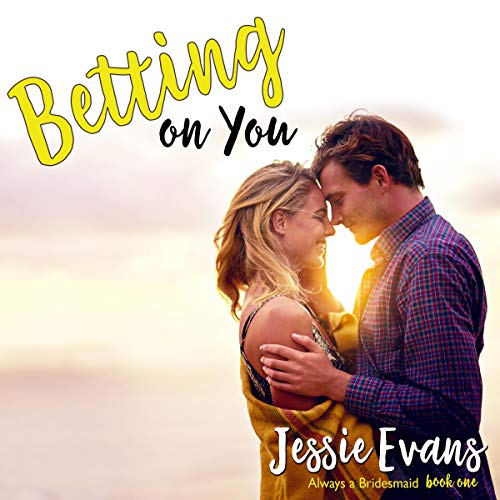 Lark March is over Mason Stewart, so over him she's practically forgotten the cruel way he ended things four years ago. At least that's what she's told her sisters... But when Mason shows up at her best friend's wedding, talking sweet and looking even sweeter, Lark can't deny the man still gets to her in a major way.

Mason Stewart was a messed up kid, but he's a man now, a man who knows what he wants and won't stop until he's convinced the only woman he's ever loved that they are meant to be. He persuades Lark to give him seven days to remind her why they belong together. At the week's end, Lark may tell him to get out of her life for good, but Mason's betting on true love for the win.

But when old secrets come to light, Lark and Mason will find their rediscovered love tested, and happily ever after harder to hold on to than either of them wagered.

*Author's Note: This is not a sweet romance. The characters are sweet, good people, but they are also people who believe in having sex before marriage - good sex, that includes typical romance novel descriptions of intercourse.*

Great, quick listen with a whiplash

This is the first in a series. This novel is about half the usual length. This means that Evans has to setup quick and get to the point fast, which she does very well. The plot, is about an old flame (Mason) coming back to find Lark after running out on her four years earlier.

I like the progression of the plot and the supporting character back stories, they will be the targets of the next stories. I like the pace. When you listen, be prepared for a whiplash scene where you say to yourself, "what the heck just happened?" I hope that piques your interest.

If you are interested in a quick listen, over the weekend, or a long beach day, then this book will do it for you. It's light, interesting, the narration is good and you will want to read the other books in the series. I give it a thumbs up.

This is a sweet and endearing story of second chances. Mason returns to his hometown to make amends and convince the love of his life that he is a changed and better man. He left Lark confused and heartbroken the day after he proposed to her. Lark has picked up the pieces of her battered heart and moved on with her life. But when Mason shows up unexpectedly, asking for 7 dates to prove he will do whatever it takes to show her he has never stopped loving her, Lark wants nothing to do with him. I liked how Lark did not give in easily and even wanted to plan a date of her own. Lark's sister's were also very protective of her and made it clear to Mason he was not welcome. So set the stage for proving he was truly repentant. I liked Mason even if I didn't agree with his past decisions. He demonstrated he was humble and would take the chiding he deserved to prove he had grown and matured and would never hurt the one person who truly loved him, so horribly again. Lark challenged Mason and their chemistry was still as fiery as ever. This is a charming and heartwarming story that sets up the town and the characters for future story lines perfectly.
The narrator, Piper Goodeve, did a fabulous job setting the scenes, drawing me in, and allowing me to enjoy it even more. She is one of my favorite narrators.
I liked Betting On You, and look forward to listening to the rest of the books in this series.

What made the experience of listening to Betting On You the most enjoyable?

For me, it was having the book to read along with the story.

Lark's character. There were a lot of laughs.

I have several books by Jessie, but it has been quite a while since I read one of them until just a few days ago, when I read Leather and Lace. I enjoyed her writing so much that I went back to see what other books I had. I was also lucky enough to get an audible book to go along with the book, so here we go.

We meet Lark the night before her best friend, Lisa's wedding, (which is her seventh time being a bridesmaid). She is reliving all of her weirdest anxiety dreams, which are really quite funny - losing a baby in a stuffed animal collection, being in a miniature Dutch Pancake House, waking up in church after blacking out, in nothing but caramel corn covering her (twice) AND waking up exhausted. She is not only a bridesmaid, but the caterer for the largest event in the three years of her business.

Mason cruelly ended things with Lark four years ago and she tells everyone that she is over him. But when he shows up at her best friend's wedding, she can't deny he still gets to her in a major way. Now that he has grown up and is no longer the messed up kid of four years ago, he is determined to prove to her that they are meant to be together. He talks her into giving him seven days to prove it, betting on true love for the win out. However, their rediscovered love is tested when old secrets come out, and they both find happily ever after harder to hold on to than they thought.

There are 5 books in this series, with the last book being the conclusion to all four of the other stories, tying up all the lose ends. I'm hoping this means we will see Lark's two sisters, with their own stories.

Nothing sweeter than a second chance at forever!

Would you consider the audio edition of Betting On You to be better than the print version?

I love Lark! She is feisty, determined and despite her protests a romantic at heart! She knows Mason is "It" for her but she has moved on with her life and made her dreams come true without him for 4yrs, but having him return both scares her to death and gives her heart hope! When she takes control of one of their dates you really see what she's made of!

What does Piper Goodeve bring to the story that you wouldn’t experience if you just read the book?

Piper Goodeve does another amazing job at reading and bringing the characters to life! I've enjoyed each book she's performed.

Where does Betting On You rank among all the audiobooks you’ve listened to so far?

I love the fact that this book made my heart happy - that's why I listen to books on tape.

I couldn't pick between them! Of course, Mason got me swooning, but Lark reminded me of myself, so...

I think she totally captured the way the book should be read - I'd listen to her read anything.

It was seven hours of torture

A narrator of a book makes the book or breaks the book but in this case both the narrator in the book were awful. The narrator read the book like she was a little kid and the book itself was way too predictable...way too cheesy way...to BLAH!!! The only reason I didn't stop listening was because I don't have any more returns.

Bet on Betting on You.

A sweet love story about second chance romance. Expertly and skillfully crafted with a superb narrator to match. Loved Betting on You.

If you could sum up Betting On You in three words, what would they be?

What was one of the most memorable moments of Betting On You?

Have you listened to any of Piper Goodeve’s other performances before? How does this one compare?

Aside from the fact Lark gave in way to easily in agreeing on 7 dates with Mason, i really enjoyed this book. I've quickly become a big fan of Jessie Evan's books. The bride series is wonderful and im looking forward to book three

I came across this book on audible in the romance package, needless to say il be continuing on with this series.

A bit cheesy but decent

First of all, Aria was such a witch. She knew exactly what she was doing, but did it anyway. Lark was too easily swayed, but I loved Mason.