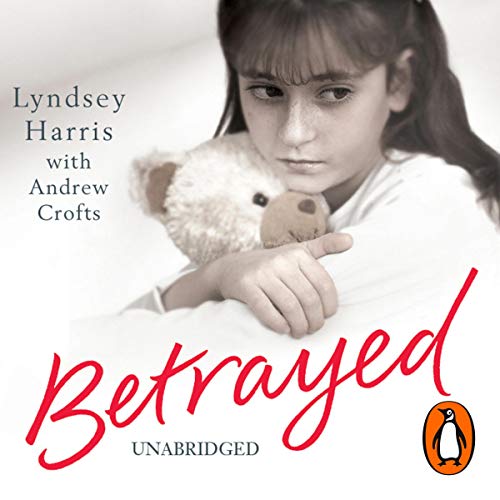 A mother. A daughter. A family torn apart.

For the first few years of her life, Sarah Harris was a normal, happy, popular little girl. But from the age of six she was targeted by a vicious, manipulative but invisible enemy - and her life became a living hell. Before long she was suspended from school, alienated from her friends, completely bewildered and utterly terrified. Her happy childhood had been destroyed forever.

For her mother, Lyndsey, it was a life beyond her worst nightmares. Her little girl, the daughter she loved so much, seemed to have transformed overnight - into a child she hardly recognised. A child she almost feared. Suddenly, Lyndsey was fighting to keep her family together - and to save her daughter's sanity.

But then the horrific truth started to become clear. And both Lyndsey and Sarah discovered they had been the innocent victims of the most horrifying betrayal imaginable.

What listeners say about Betrayed

I am writing a review because the preview of this book was very different as it turns out. This book gets to a slow start where I kept thinking "get to the point", but once the story unravels it has an unexpected surprise. The writer has a close friendship with this woman who keeps telling her things of her past abuse, and they are the kind of friends that lean on each other. Then the writers daughter starts doing things like stealing money, taking her pills to school and ripping up other things, It gets so out of hand and the school is involved, and the daughter keeps getting worse, and the family is being torn apart because of this. It has a surprise ending, that makes it so good. If you can get through the first part of it, then it is really good. Although I am not sure why the writer explains so much of her childhood in the beginning because I can't see the connection. I think it is worth a credit!