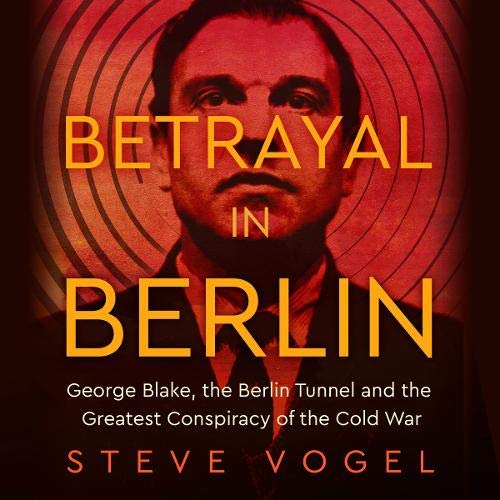 The ultra-secret 'Berlin Tunnel' was dug in the mid-1950s from the American sector in southwest Berlin and ran nearly a quarter mile into the Soviet sector, allowing the CIA and the British Secret Intelligence Service (SIS) to tap in to critical KGB and Soviet military underground telecommunication lines.

George Blake, a trusted officer working in a highly sensitive job with SIS, was privy to every aspect of the plan. Over the course of 11 months, from May 1955 to April 1956, when the Soviets discovered the tunnel, 'Operation Gold' provided seemingly invaluable intelligence about Soviet capabilities and intentions. The tunnel was celebrated as an astonishing CIA coup upon its disclosure, and the agency basked in its new reputation as a bold and capable intelligence agency that had, for once, outwitted the KGB. But in 1961, a Polish defector shocked the CIA and SIS by revealing that Blake was a double agent who had disclosed plans for the tunnel to the KGB before it was even built. Blake was arrested and sentenced in 1961 to 42 years in prison, the longest term ever imposed under modern English law. In the years since, the tunnel has been labelled a failure, based on the assumption that the Soviets would never have allowed any information of importance to be transmitted through the tapped lines. Not so.

In a work of remarkable investigative reporting, Steve Vogel now reveals that the information picked up by the CIA and SIS was more valuable than even they believed. But why would the Soviets, knowing full well that the tunnel existed, have let slip many of their most valuable secrets? Or did they actually know?

What listeners say about Betrayal in Berlin

A hypocrite and a liar

Firstly this is an excellent book made probably better by the narration. Blake was a spy, a pious Marxist fanatic who denies the true that he caused the death of many people. Like people of his ilk he justifies his actions for the better good which has proven communism and authoritarian rule as mere twaddle. I started to feel some sympathy for Blake half way through the book, however, I have nothing but revulsion for what he did as the end came in sight. Predestination? Rubbish talk. Sooner he dies the better.