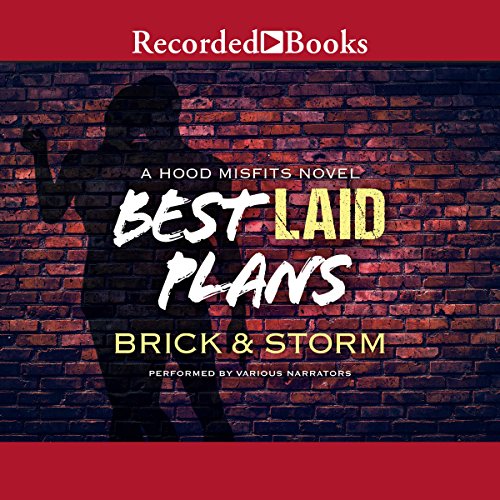 Dr. Antonio "Tone" Ortiz is an ordinary single father in Miami, trying to ignore what flows through his veins, until his daughter, Jewel, goes missing. With all his options failing, it's up to Tone to find his daughter by any means necessary, even if that means signing his soul over to the devil himself: his father, Caltrone Orlando.

Co-parenting has never been easy, and Kenya Gates will learn just how hard it is with the kidnapping of her daughter, Jewel. Even through all the sacrifices, secrets, lost love, drama, pain, and manipulation, these two fighting parents will come together with one agenda in mind: to save their daughter at all costs. But will Kenya also be willing to join up with Tone's dangerous father, or will she allow her emotions to get in the way?

Behind the scenes, a legacy had been founded, one ushering in legendary murders and mayhem. Now it's time to understand the Orlandos, the seductive, lethal, and notorious family known for taking and leaving bodies behind.

Journey with street lit authors Brick & Storm as they tell another tale of the Hood Misfits' urban world.

Great book but I don't know why it took so long to listen to it. It's definitely worth listening to.

Love the series, but not this one

Novel was well written but extremely slow-paced based on the others in the series.
Didn’t like it...
I hope the authors return to a more fast paced /action writing

Well I have listened to all of the hood misfits series. This book got a lot a little gruesome. Overall the book was good. The book explains the Orlando family. Antonio and Kenya was a good match. The book had so many characters. After reading about Dante and Damon Orlando in the other misfit books, the crazy twins. This book explains there family history and why they are the way they are. Grandpa Orlando is no joke. I love how he commands respect. Now the end of the book was sad, but it left you wanting so much more. Hopefully the next book will not have such gruesome details as this book. The book is worth the credit. I will be awaiting for the next book.

Yes, I loved it

Awsome, they did a good job painting the picture. I hated for it to end like that however, it was still exciting. it was full of action, emotional, entertaining and gritty all at the same time. lived it

This book was another good wild ride. Not as gory as most of the other Hood Misfit books I read, but still not for the faint of heart. This is the backend story of the Orlando family and there's always a lot of craziness with them.

This story kept me on the edge of my seat until the end. the Orlando's are a family with many secrets hidden turns, an memebers. Great Read

I really struggled to believe the story due to "Tone's" 3rd grade reading level. That made the story amongst other unbelievable things worst. Maybe read, don't listen for a better experience.

I definitely recommend this series.. it keeps you on your feet, can’t wait for the next one