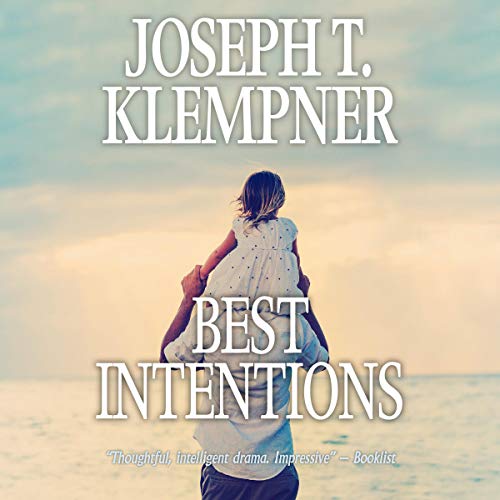 It starts with some innocent family fun. Writer Stephen Barrow's divorced wife, involved in a second marriage, has given Barrow custody of their six-year-old daughter, Penny. Father and daughter share a relationship that is tender, poignant, and funny. Their home life in a small upstate New York town is a happy and entirely wholesome one.

One evening Penny, in her bath, playfully straightens her shampoo-stiffened hair into the horn of a "unicord," and her father takes her picture. When she "moons" him and says, "Take this one!" he clicks the shutter, although the roll of film was finished. Or so the mechanically challenged Barrow believed.

The next day, the local pharmacy clerk using the photo machine is shocked by the snapshot, decides Stephen is a child pornographer, and calls the police, who arrest him. That is only the first step in Stephen Barrow's descent into hell. A small-town police chief, a vengeful ex-wife, a fledgling psychologist, a district attorney facing re-election - all of these and more push Barrow deeper and deeper into the depths, until everything he has is taken from him, his freedom, his belongings, and most particularly his beloved daughter.

Best Intentions is a horror story. Not a horror story of monsters from the deep or roving homicidal psychopaths, but something much worse, something that batters at the listeners' defenses. As anyone familiar with Klempner's previous books will know, he is a writer with the talent to bring his story home to his listeners. As Best Intentions (based on an actual case) unfolds, its threat becomes more and more real. This could happen to anyone. It could happen to you.

What listeners say about Best Intentions

My heart never left my throat...

Although this book is under the mystery/legal genre, the author makes a point of saying that this is a true story. He states that names and towns have been changed but the people and story are real. Keeping this in mind this book blew me away!
This must have been a few years ago because a camera with real film was used when a single custodial father takes pictures of his 6 year daughter in the bath tub. She's playing in bubbles and calls him to see her. Wanting to show her how silly she looked and not being able to find his handheld mirror he picks up the camera.
He drops the film off at the local pharmacy and the woman developing the film twists these innocent pictures in to child pornography. What happens next is very predictable, every local law enforcement gets involved. The father is arrested and looses custody of his daughter, he goes straight to jail. The months that follow are so horrible as I'm sure any parent can imagine especially if you have ever taken a picture of your child in the buff!
Jeff Cummings gives a super narrating performance.
This is my third Joseph T. Klempner book in three days. I am sorry that Audible only has one more book by him.
This and his other books are HIGHLY RECOMMENDED.
If you found this review helpful please indicate so.
Thank You.

Just read the publisher's summary and Shelley's review and then get and listen to this book. It is the true story of a complete legal system and child protective system failure that is finally set straight only by the strength and love of a 7 year old girl. There are plenty of evil people including the child psychologist and the prosecutor who should have ended up in jail, but they kept their jobs. Best Intentions, which is a bad title because their intentions were evil, was first released in September of 2016, but the story is from the 1990s.

The situations in this book will anger and upset you, but you need to listen to it.

A good idea diminished by its execution.

This is a good story, with excellent narration by Jeff Cummings. The prose is acceptable but somehow the telling is heavy handed. Inspired by a true story, we're told, This is not historical fiction, and I suspect that the author exercised a great deal of poetic license in the novel. The characters all seem so extreme-the father, so naive and unable to cope; the daughter, so precocious; the female reporter and love interest, so idealistic but relatively ineffectual; the news editor and his male reporter, so exploitative, unfair, and sensationalistic; the police, so abusive and vindictive even though the evidence is so ambiguous; the DA, so underhanded, less interested in justice than in politics. Sometimes reality is stranger than fiction, but somehow this cast of characters doesn't ring true. The father's attorney seems to be more realistic, perhaps because the author was himself a defense attorney for so many years.

Not my favorite story

The reader was amazing and made the book more interesting than it actually was. Story could have been better. I was not a fan of how it was written.

It is seldom that I write a review of a book without actually finishing the book. However, in the case of Best Intentions, I will make an exception. Mr. Klempner is a good writer, and the narrator is fair. But the entire, and I do mean entire, premise of the book is laughable, and not in a good way. I know that the author is a former attorney. However, the idea that simply taking a picture of your six-year-old daughter in the bathtub, no matter what posture she strikes, is "sex abuse," is so ridiculous on its face that it makes the rest of the book (I am projecting here, I know), so grossly improbable as to render the book unreadable, IMHO. I live in California, and I have about forty-five years of experience as a forensic and clinical psychologist in the criminal justice system, including some time in the great state of Michigan, and also in the context of federal laws. "Sex abuse" is not what this is. Usually sexual abuse involves some amount of physical touching of the "victim" by the "offender." Statutes like this do not get used to prosecute doting dads who do not have a moment's experience with the criminal justice system. These laws do not apply to a man who is taking family photographs. A prosecutor who ruined people's lives in this way would be voted out of office immediately, as the populace would worry that they themselves might be treated by the man/woman in a similarly insane way. So the ludicrous problem with the law and the justice system personnel being slavishly adherent to every last codicil in it, then contaminates the nature and good sense of the town's population severely. Working on the premise that everyone in the town and in the area in general is a 100% space cadet who cannot think at all, the author thus slips into the indefensible position that every single one of these people is stupid, gullible, easily excitable and extremely eager to blame others no matter what might have happened, no matter what they might think about the incident in question. To use a word that my twenty-five-year old son has recently introduced me to, they aren't people, they're sheeple. Isn't there a single member of the community who will raise his or her voice about this travesty? Really? They are all just unthinking fools? I don't believe that. The moment that the drug store clerk called out "sex abuse," I began to worry about the author's approach to reality. The idea that even the defense attorney, who should have his client's interests at heart, takes the damn "statute" so totally seriously is pathetic. The trial process could take a YEAR? What world are they living in? And he could be imprisoned for FOUR YEARS? Four years in state prison for taking a picture? Come on. A good novel is allowed to stretch the truth, heaven knows, but the readers must be able to suspend disbelief, as the lit people say. I have suspended belief in this book. Obviously I encourage you to use your own God-given good judgment about this book, but my advice is: don't bother. Life is too short to read bad books.

Very good read...it could happen to anyone...

"Best Intentions" is a really good read it just goes to show you that unjust bad things can happen to anyone.

Such a good book. I

you won't be sorry if you read this book. It was such a good read and the climax at the end was absolutely perfect

And frustrating. Serious topic and one that had been covered better in other place. Caricatures rather than characters.