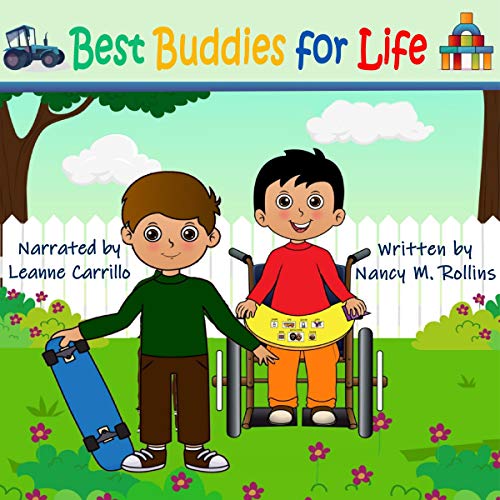 Despite being born with cerebral palsy, Tim battles mental and physical impairments, while he strives to live a normal life. Whether it’s exercising weak muscles, trying to learn sign language, or merely playing with his twin brother Jared, Tim always tries to fit in.

Best Buddies for Life is a valuable, social awareness tool. The story depicts a realistic bond of family love, tolerance, and acceptance that influences a child struggling through multiple handicaps. It also portrays the hurtful actions of others who don’t understand his disabilities. The story is told through the devoted eyes of the healthy, seven-year-old, brother. The story captures the solid foundation which supports a child living with multiple impairments and the results of a nurturing lifestyle.

Having a family member who has disabling disabilities could be a challenge for some, but spending a day with these two brothers will make medical conditions such as Tim’s easier to understand.

What listeners say about Best Buddies for Life