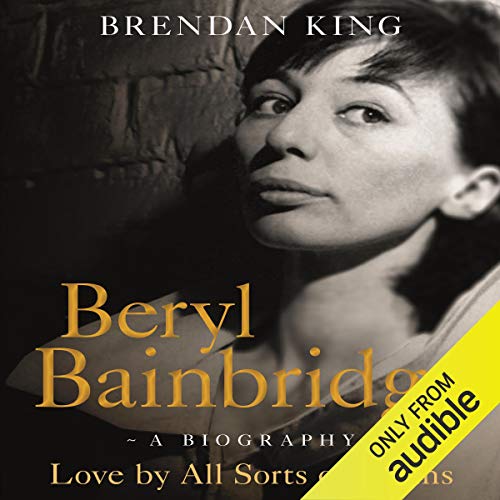 Dame Beryl Bainbridge was one of the best loved and most recognisable English novelists of her generation. She was shortlisted for the Booker Prize five times, and her critically acclaimed novels The Dressmaker (1973), The Bottle Factory Outing (1974), An Awfully Big Adventure (1990), Every Man for Himself (1996) and Master Georgie (1998) confirmed her status as one of the major literary figures of the last 50 years.

A unique voice in fiction, and unforgettable in person, Beryl Bainbridge was famous for her gregarious drinking habits and her unconventional lifestyle. Yet underneath the public image of a quirky eccentric, lay a complex and sometimes traumatic private life that she rarely talked about and which was often only hinted at in her novels.

In this first full-length biography, Brendan King draws on a mass of unpublished letters and diaries to reveal the real woman behind the popular image. He explores Bainbridge’s difficult childhood in Formby, her career as a young actress at the Liverpool Playhouse, and her life as a single mother and writer in Camden Town.

Along the way he tackles her complex private life: her failed marriage to the painter Austin Davies, her affairs, and her longstanding relationship with her publisher, Colin Haycraft. This frank portrait of Beryl Bainbridge tells the story of a life that is every bit as dramatic and compelling as one of her own perfectly-crafted novels.

What listeners say about Beryl Bainbridge