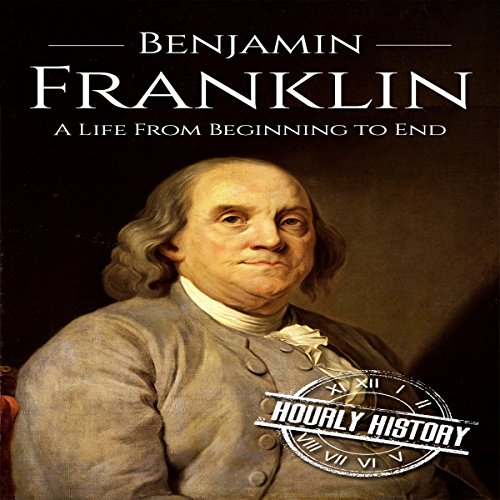 Benjamin Franklin: A Life from Beginning to End

Founding Father Benjamin Franklin came from humble beginnings to take his place in the annals of history as one of the most celebrated Americans ever to stand on the world stage. The Boston apprentice who ran away because of his brother's ill-treatment found his destiny in Philadelphia, where he became a printer, a scientist, an author, an inventor, a politician, and a citizen of the world.

His inventions and his philosophies had the same ultimate goal - to make the world a better place - and Franklin achieved that goal. Europeans saw him as a symbol of what America represented; Franklin saw himself as the result of what America produced. Pragmatism ruled his life, and yet he believed passionately that it was the role of the government and the church to improve the world for all. He has been called the first American, but every American who followed owes something to this remarkable man who designed his own destiny.

What listeners say about Benjamin Franklin: A Life from Beginning to End