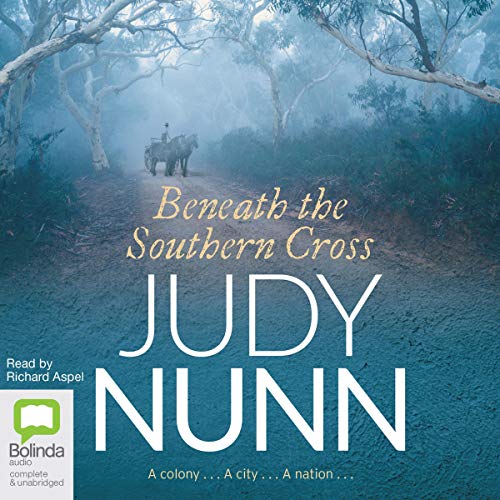 Beneath the Southern Cross

Beneath the Southern Cross

A riveting novel that tells the story of Sydney and the people who shaped its character, its skyline and its heart.

In 1788, Thomas Kendall, a naïve 19-year-old sentenced to transportation for burglary, finds himself bound for Sydney Town and a new life in the wild and lawless land beneath the Southern Cross.

Thomas fathers a dynasty that will last more than 200 years. His descendants play their part in the forging of a nation, but greed and prejudice see an irreparable rift in the family which will echo through the generations.

It is only at the dawn of the new millennium - as an old journal lays bare a terrible secret - that the family can finally reclaim its honour....

Beneath the Southern Cross is as much a story of a city as it is a family chronicle. Bringing history to life, Judy Nunn traces the fortunes of Kendall's descendants through good times and bad, wars and social revolutions to the present day, vividly drawing the events, characters and issues that have made the city of Sydney and the nation of Australia what they are today.

Not up to Nunn’s usual standard

Really disappointed in this book. 9 hours in and I’ve given up. The rambling saga just hasn’t grabbed me. Just as I get interested in a plot or character, the story jumps a generation. I LOVE Judy Nunn and have read and listened to most of her other books but this one is just not up to scratch.

Loved it Would listen again. I loved how the book spaned across Australian history Thanks