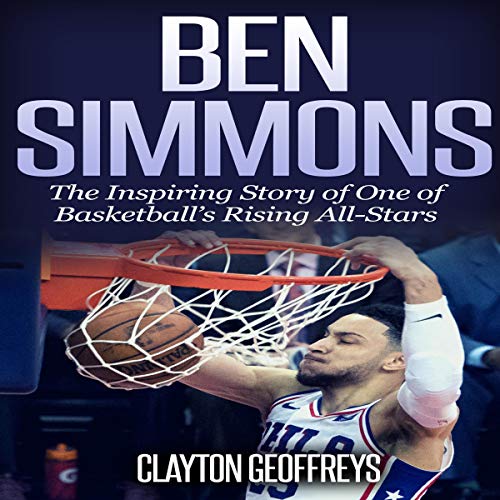 Ben Simmons: The Inspiring Story of One of Basketball's Rising All-Stars

Listen on your PC, Mac, smartphone, tablet, or Kindle device.

In Ben Simmons: The Inspiring Story of One of Basketball's Rising All-Stars, you will learn the incredible story of one of basketball's most exciting guards to watch, Ben Simmons. Since being drafted first overall in the 2016 NBA Draft, Ben Simmons has quickly emerged as one of the league's top young stars to watch.

Just 22 years old at the time of this writing, Simmons' career is in many ways just getting started. It'll be exciting to see how he continues to grow in the years ahead.

Listen to this unauthorized biography today to learn the inspiring story behind rising star, Ben Simmons!

Here is a preview of what is inside this Ben Simmons audiobook:

What listeners say about Ben Simmons: The Inspiring Story of One of Basketball's Rising All-Stars