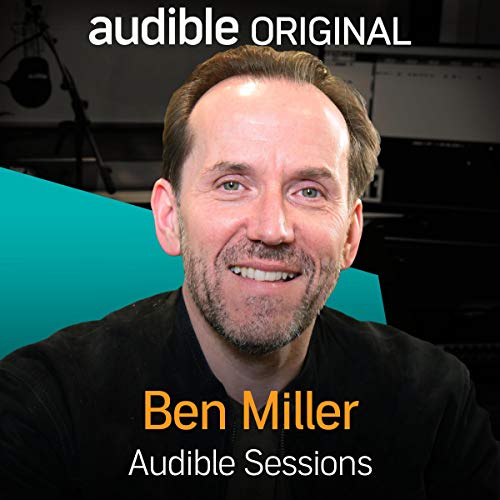 Joining us at Audible Studios is Ben Miller, English actor, comedian and author. Miller's latest book is titled The Boy Who Made the World Disappear.

Miller went to St Catherine's College, Cambridge, to read natural sciences, and as an undergraduate he participated in theatre alongside Rachel Weisz, whom he dated. Miller stayed at Cambridge to read for a PhD in solid state physics but abandoned it three years in to pursue his career in comedy.

He joined the well-renowned Cambridge Footlights in 1989, with fellow comedians Sue Perkins and Andy Parsons, and gained a solid footing in the acting world. Miller was introduced to Alexander Armstrong in 1992, and they performed their first full-length show together at the Edinburgh Fringe in 1994. The duo were then commissioned for a television show, Armstrong and Miller.

Miller played the lead role in Death in Paradise before leaving to spend more time with his family. Beyond television, Miller has acted in films such as Johnny English (2003) and its sequel, Molly Moon and the Incredible Book of Hypnotism (2014), and on stage in The Ladykillers (2011) and The Duck House. His directorial debut was the film Huge.

We'll be chatting to Ben Miller about his book The Boy Who Made the World Disappear, his partnership with Alexander Armstrong and what he would put into a black hole.

What listeners say about Ben Miller