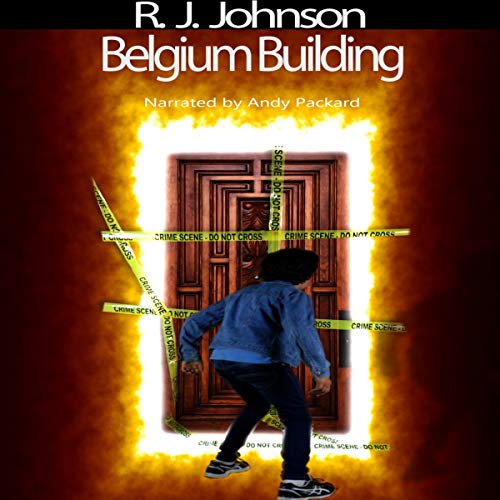 Bewildered by the mysterious death of an apartment building owner, a veteran detective is assigned to the case. Harlan Foster sets out to solve a presumed routine homicide which is intended to make a positive impact on the upcoming election for mayor. Mrs. Johana Belgium, owner of Belgium Building, is thought to have been murdered by someone in the apartment complex. A quarrel or dispute with a tenant is suggested. Unfortunately, Johana’s death proves to be quite the challenge when the body is never recovered. Following her murder, a day later, the parents of a young boy brutally murdered in the apartment building in the same manner. No bodies recovered...only blood and some remnants of burned flesh. The body count mounts, as police officers on the case are also killed.

The city becomes embroiled with the manner in which the police are handling the situation. Pressured by the media, the mayor, and his superior officer, detective Harlan Foster is threatened to be taken off the case, and the F.B.I be assigned to the case. A stubborn and determined Harlan Foster discovers an unsuspecting twist while attempting to bring down the most ruthless killer the city has known. The building is haunted.

As more vital clues surface, it becomes evident to detective Harlan Foster exactly what he is dealing with. Johana’s interest in the supernatural, leads Harlan to a ghost, that lives to endure death in another dimension. Another parallel world known as hell. The punishment it endured is perhaps the highest sentence in hell. Its goal is to substantiate enough souls in our world to give it enough strength to completely escape its bond and create havoc on the living. It can only appear in our world for a short time, then it must return to its watchtower in the other world. The mystery climaxes when Harlan comes face to face with the Death Watcher and discovers there is a way to conquer the beast. He must enter hell, to release Johana’s spirit kept in a coffin in the watchtower.

What listeners say about Belgium Building

Wish I could claim that the review is unbiased, but it takes place in my city and with our department.
The title refers to the building which was built in the 1920s and was notably owned later by an entrepreneur name of Belgium. He died, later his Milwaukee wife died, and their hermit daughter lived on the top floor of the eight story elevator less apartment building. She began invoking a spell, but it went all wrong and soon there were screams, vanished bodies, and blood squishing in the carpet. Enter the MPD homicide detective who is typically no nonsense and no supernatural. No spoilers. Be prepared for bad language, horror, supernatural beings and goings on, all with a suspense build up that will keep you riveted! Better yet, get the audio where Andy Packard ups the intensity of the suspense!
I won the free audio in a giveaway!

Well, It Wasn't the Narrator's Fault...

If you've read the Publisher's Summary, you've pretty much read mooooore than what's in the book. That thing about the big mystery of What Happened to the Bodies? Never really looked into. Could it have been a miffed tenant? Dismissed in a sentence. The hubbub of the city in an uproar? Mmmmm, kinda sorta, just an itty bitty bit.
I had to keep reminding myself that Belgium Building is a novella, so things are SUPPOSED to come and go without much being delved into. So lightning fast character and relationship development is SUPPOSED to happen. I tried getting over it, really I did. But when you add to the flimsy story some pretty weak writing (EVERYtime a murder happens, there are "pools of blood" this, "pools of blood" that, "pools of blood" "pools of blood" "pools of blood"), you've got 3 1/2 hours of I-Want-That-Time-Back.
Andy Packard, tho' he has a really smooth voice for a gritty story, at least gets excited as the story clips along. Plus, he does a great job at pretty fearlessly giving a huge cast characters each their distinct voices. So he did what he could.
I know this is an unpopular review, that everybody else loved it, so perhaps I just went in with far too great expectations? I dunno. I'm just glad I didn't use one of my Credits for it...
I was given this free review copy audiobook at my request and have voluntarily left this review.
For more reviews of audiobooks, check out AudiobookAccomplice.com

I received this book for free. I am voluntarily leaving this review and all opinions expressed herein are mine.

Here, there is a murder of the elderly landlord in an apartment building. In that same building, a young boy hears the screams of the elderly woman as she dies. The very next day, his parents are murdered. The detective assigned to the case wants to protect the young boy and solve the murders but it's not quite that easy.

This is a good mix of horror, science fiction and mystery. This is a quick story and from the beginning you go from zero to sixty. As the murder count rises, you can feel the frustration and tension of the detective as he tries to determine the killer.

The narrator did a wonderful job. He was able to increase the tension and suspense through his narration.

Being from Milwaukee and knowing the neighborhood it takes place in made this nostalgic. It was a combination of demon spirit meets detective without being too full of itself. It was an easy and quick listen and kept me entertained throughout!

A detective has to come to terms with his own beliefs to save a young boy taken into another dimension. A nice mix of science fiction and horror. Creepy, intriguing, and a pretty great listen.

I Love the Narration on this. It has an Amazing tone to an interesting storyline!

Very well spoken and a very easy listen. Would listen again! Done by a great narrator!

Goodness. It might be short but it packs a real punch. Or blood, rather. The old house, built by Ivan von Belgium, and inherited by Joanna, daughter of his seventh wife, has been converted into numerous apartments, ten on each of it's eight floors. Being a bit of a gypsy, Joanne accidentally unleashes a shadowy Death Watcher. Called to investigate, detective Halan leads the fight to save the building's inhabitants, and, especially, a young boy.

Atmospheric and fast paced, narrator Andy Packard fully enters into the spirit (sorry!) of the ghostly chaos, reading with passion and emotion. Lots of different characters shouting at each other, all individually voiced, successfully conveying mental images of the place not to be. The writing might not be fully coherent at times, but it does succeed in it's purpose of telling an horror story well.

Belgium Building was a complimentary download from FABC, freely gifted to anyone who cared to request it. My thanks to the rights holder who made it so easily accessible. Perhaps not a true literary success, but a great audio experience, recommended to all all who enjoy the horror genre; but he aware, there are profanities spoken as would fit the situation.