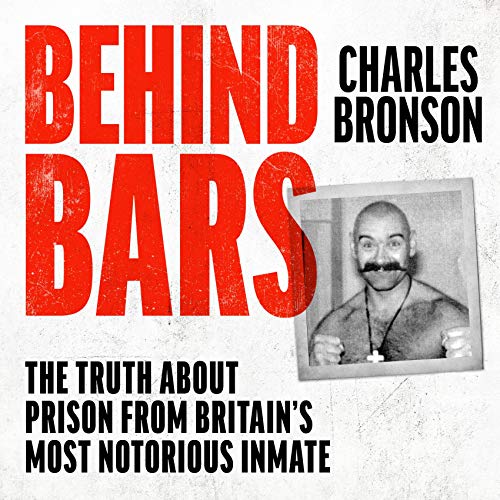 Charles Bronson knows more about life in prison than anyone else in Britain - on either side of the bars. Jailed originally in 1974, his life since then has been one unbroken stretch of over 45 years, much of it in solitary confinement, moved again and again as prison after prison failed to contain his explosive temper. It would be enough to break an ordinary man - but Bronson is no ordinary man, and this is no ordinary prison diary.

Over the course of a lifetime, he has sampled all that prison life has to offer. In Behind Bars the reality is exposed, and, for anyone who has ever wondered what a long stretch in any of Britain's toughest jails is really like, this is the ultimate guide.

Written by our most notorious - yet most misunderstood - prisoner, Behind Bars is Bronson's irreverent, hard-hitting and darkly funny guide to life in Britain's penal institutions. From the correct way to brew vintage prison 'hooch' and how to keep the screws from finding it, to taming techniques for prison wildlife that may be your only friends on long stretches in solitary; from the fastest way to win a canteen fight to how to plan a prison wedding, this book tells you everything you need to know - and a few things you don't - about what goes on behind the locked doors of Britain's historic (and sometimes prehistoric) jail cells. Don't get nicked without it.

I was looking forward to this book but honestly I didn't finish it. it was so boring