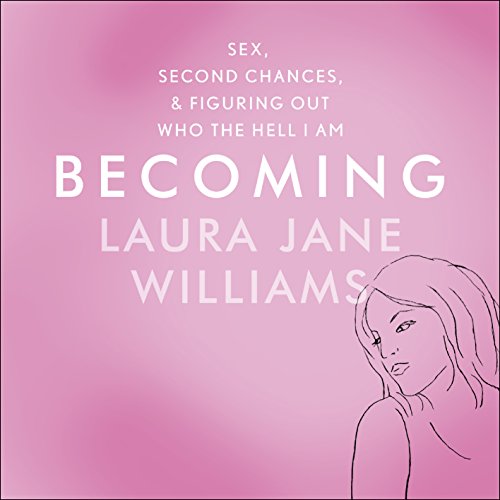 "...a cult hit." ( Grazia)
"LJ's honesty and voice are unique in a crowded market." ( Stylist)
"If you've ever felt a little lost, I hope this book finds its way to you." (Daisy Buchanan)
"Everyone is writing about sex. Some are even doing it. Haven't we all been waiting for someone to look at what happens when you opt out, and to do it with not only humour...but also true empowerment? Call off the search. At last, here she is." ( The Guyliner)

When the man Laura Jane Williams thought she'd wed dumped her and married her friend, she was devastated. Empty. Drinking too much, sleeping around, and moving from place to place in a refusal to put down roots, she tried to fill the void - the gaping hole - that heartbreak had left behind. She wanted control. To grab life by the balls. To live boldly. But she rapidly learned it wasn't that simple.

Resolving that life couldn't go on as it was - that the backlog of men and sadness that haunted her would not define her - Laura declared a yearlong vow of celibacy, ultimately finding herself in a Riviera convent as she slowly put the pieces of herself back together.

An honest exploration of a young woman's soul and a road trip through Italy, America, Paris and...Derby, Becoming is a book that makes you laugh and makes you cry, but most of all? It makes you realise that even when the going gets tough, no one is really f--king up like they think they are.

What listeners say about Becoming

Tried to get through this one...

Did not enjoy this at all.... too try hard and disliked the swearing and use of 'c' word. Managed 3 chapters and have up and returned. Not my type of book... but... that's the great thing about books... while I disliked it others no doubt will enjoy it.

A Book that will make you feel

I adored this book, and the fact that it was read by that author I think was perfect and necessary. It’s a book that makes you think and makes you feel. I’d recommend it to anyone but especially those hit with the swings and roundabouts of romantic life. Gorgeous!

LJW is a writing goddess

Actually, not a writing goddess specifically , an all round one. I love this book and it allows you to justify feelings you have had, currently have and will experience in future because you're not the only one who processes things the way you do. We all have more in common than we think. Not sure if that's what she wanted us to get out of this book, but it's what I'm taking away. This kind of book you'll read again and again.

very easy read...Laura writes in a very approachable and funny manner. listening to the book is like hearing a friend gossiping. I truly loved it. read if you are working your way through a heartbreak 😁