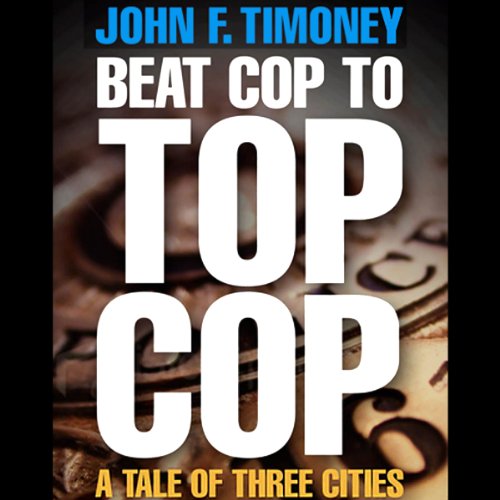 Born in a rough-and-tumble neighborhood of Dublin, John F. Timoney moved to New York with his family in 1961. Not long after graduating from high school in the Bronx, he entered the New York City Police Department, quickly rising through the ranks to become the youngest four-star chief in the history of that department. Timoney and the rest of the command assembled under Police Commissioner Bill Bratton implemented a number of radical strategies, protocols, and management systems, including CompStat, that led to historic declines in nearly every category of crime.

In 1998, Mayor Ed Rendell of Philadelphia hired Timoney as police commissioner to tackle the city's seemingly intractable violent crime rate. Philadelphia became the great laboratory experiment: Could the systems and policies employed in New York work elsewhere? Under Timoney's leadership, crime declined in every major category, especially homicide. A similar decrease not only in crime but also in corruption marked Timoney's tenure in his next position as police chief of Miami, a post he held from 2003 to January 2010.

Beat Cop to Top Cop: A Tale of Three Cities documents Timoney's rise, from his days as a tough street cop in the South Bronx to his role as police chief of Miami. This fast-moving narrative by the man Esquire Magazine named "America's Top Cop" offers a blueprint for crime prevention through first-person accounts from the street, detailing how big-city chiefs and their teams can tame even the most unruly cities.

Policy makers and academicians have long embraced the view that the police could do little to affect crime in the long term. John Timoney has devoted his career to dispelling this notion. Beat Cop to Top Cop tells us how.

"John Timoney recounts his remarkable story in this compelling book. He emerges from these pages as a cop's cop and a chief's chief, with a bit of a poet mixed in." (Ray Kelly, New York City Police Commissioner)
"John Timoney writes like he talks... Beat Cop to Top Cop recounts his brilliant career in an always entertaining and insightful way." (Bill Bratton, former Chief of Police, Los Angeles)
"For anyone interested in how and why policing has changed over the past 40 years, Top Cop has a lot of the answers." ( Miami Herald)

What listeners say about Beat Cop to Top Cop

life over view and no meat

the book was good if your looking to read an over view of someone's life. Other wise it was ok. the book does not go in depth on any subject matter nor does even talk much about the lessons learned from mistakes. I found it to me mostly a personal fluff peice mostly geared for the writer.

it's a great book . Interesting to see how different large cities are policed and the guy lived very interesting life.

Being on the job I enjoyed listening to the book. Some pretty interesting stuff and I took away some ideas. Highly recommend it. What a great career

This book changed my career course. The information contained in this book allowed me to see behind the curtain of what it is that law enforcement really does on a day to day basis, from the beat cop and all the way up the ranks to the Chief. Excellent book.