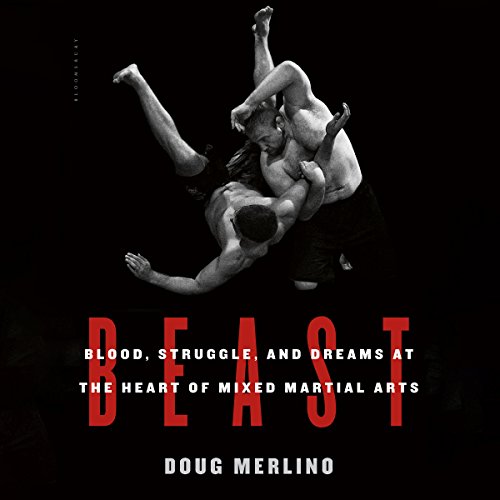 Mixed martial arts is America's fastest-growing sport - around the country, new gyms open their doors as enthusiastic viewers tune in to UFC matches. Although some dismiss it as brutal combat, its fighters are among the most dedicated athletes in any arena. But MMA also takes a heavy toll on the body, and it's a rare fighter who can earn a living in the sport's top ranks.

Beast follows four high-level fighters at one of the sport's elite gyms, Florida's American Top Team. Doug Merlino had unprecedented access, training alongside the men for two years, traveling to their matches, and eating in their homes. Mirsad Bektic, a young Bosnian refugee who started in karate as a boy in Nebraska, dreams of stardom. Jeff Monson, a battered veteran at 41, is an outspoken, tattooed anarchist enjoying a bizarre burst of celebrity in Russia. Steve Mocco is a newcomer - a former Olympic wrestler from a close-knit, intellectual family. Finally there's Daniel Straus, who, from a life short on opportunity, fights his way up to title contention. All will experience electrifying highs and career lows, and Merlino takes us along every step of the way while also examining the history, culture, business, and meaning of professional cage fighting.

An audiobook for both the uninitiated and the hardcore fan, Beast offers a fascinating journey into an often misunderstood world.

What listeners say about Beast

I’ve never been a fan of MMA or the UFC, but as a martial arts enthusiast, I thought I would give it a shot; I wasn’t disappointed. He gave me a new appreciation for the subject matter and the history of UFC.

good inside of the world of fighting

It's rather embarrassing when an MMA audiobook repeatedly mispronounces ZUFFA and Miletich. These are big names in MMA.

As an avid mma fan it grew increasingly frustrating to listen to the narrator butcher the pronunciations of such high profile names in the world of mma.