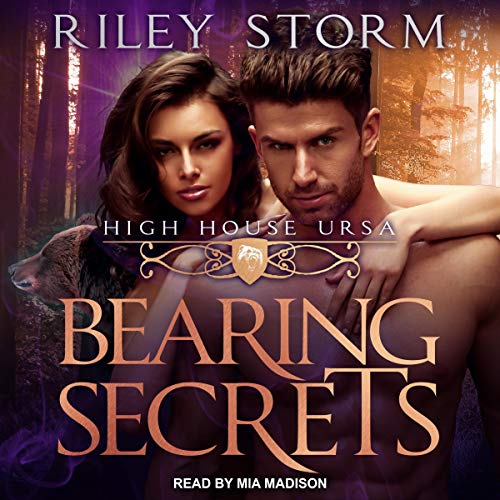 The last thing Natalia Kristoff expected was that her friend's wild dream to find her a fake husband for a green card would have any sort of success. Yet here she is, sitting in a private booth, listening to the sexiest man she's ever seen lay out the details of just what he needs from her. Stand at his side, pretend she's madly in love with him, all to satisfy some crazy family tradition?

Kirell Ursa has a problem. His bear shifter family is in shambles, struck from within by traitors. With no one in charge of security, the head of his House has nominated him for the job. The only problem? Tradition dictates that anyone in power must have a mate. If he's going to pull off this scheme, he must find a mate in the next 72 hours. Someone. Anyone. All they have to do is pretend to love him for a few days.

Things get off to a rocky start between the two when their first date is interrupted by Kirell's enemies. As he slowly exposes Natalia to the truth, she's forced to come to grips with the existence of another world, one she never thought existed.

What listeners say about Bearing Secrets

A story about two people who both need to get married/mated but for different reasons. Kirell is a bear shifter who needs a mate for political reasons to do with an uprising in the bear society in which he lives. Natalia needs a husband to get a green card to stay in the country. A marriage of convenience turns into love.

I struggled to connect with this book. Natalia and Kirell were both nice enough characters without really being all that interesting. I didn't feel any particular emotional depth from them, despite the trials they'd faced in their lives.

While the development of the relationship between Natalia and Kirell was satisfying enough, all the background story of the strife in the bear society with the traitors and political machinations failed to hold my interest, I think because it didn't focus enough on the characters involved. So when someone was revealed to be a traitor, I found I didn't really care that much because the book hadn't given me a reason to love them enough to be upset by their betrayal. It's also not entirely clear why Kirell is so loyal to the cause in the first place. There are lots of battles and Kirell gets beaten to death's door more than once without me getting anywhere near the edge of my seat.

I won't be in a rush to read another book in this series.

Narration was decent although at times the male voice was read like the female voice which was a bit confusing.