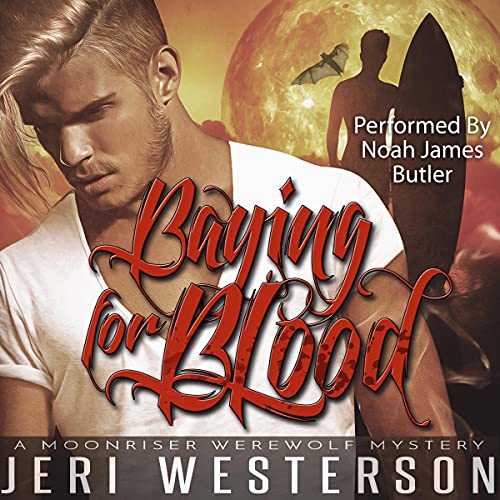 Jeff Chase is finding his way as a werewolf in his hometown of Huntington Beach, California, even though he might have screwed up big with the only woman who can help him navigate this new paranormal world...because he MIGHT have fallen for her. Aw, who is he kidding? He DID fall for her, but the girl isn't having it. She doesn't want to be another notch on his bedpost. Not like the girl he boinked, who had just become a werewolf too...and was found dead on the beach.

Was it that loser surfer gang, the Cutback Boys? Or is there something new in town, something he doesn’t even want to imagine could be real? Something big IS brewing, and he’ll need all his friends - including his Voodoo “aunties” and the hated werewolf pack the Moonrisers - to help him solve this one.

What listeners say about Baying for Blood