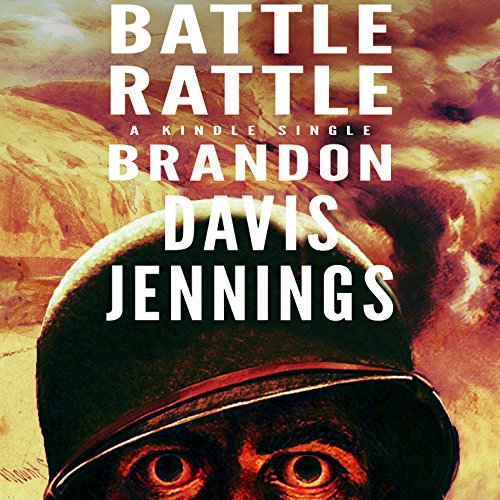 The Things They Carried meets Jesus' Son in this profoundly insightful, painfully hilarious story about love, war, and cracked spines. For Derrick "Vez" Vezcheck, dwell time - the period at home between deployments - is a different kind of battle. Swap enemies for civilian expectations, and you get a sense of what Vez is up against: a patient and loving wife who'll stick by him no matter what, a young daughter who's a little too OK with seeing dad every six months, and a community that's quick to thank him for his service, even if he himself has long forgotten what he's fighting for. In Battle Rattle, Brandon Davis Jennings' darkly comic and all-too-real follow-up to 2015's award-winning novella Waiting for the Enemy, the war is never out of sight and definitely never out of mind. With redeployment looming and everyone around him falling apart, Vez must choose between making things right at home and utterly destroying everything in his path - before it gets decided for him.

What listeners say about Battle Rattle