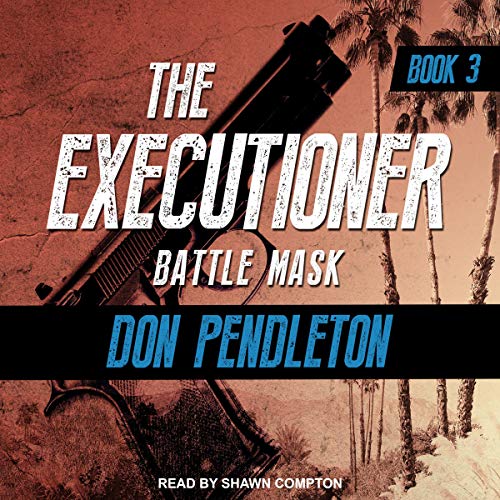 The Executioner, a lone-wolf vigilante "who would make Jack Reacher think twice," takes his war on the mob to a new level (Empireonline.com).

Once a Vietnam military hero, crack sniper Mack Bolan is now a vigilante, driven by the death of his Massachusetts family to exact vengeance on the mob. Waging war on the West Coast, the Executioner amassed a 10-man army as backup. Seven are now dead. Two are in jail. Only Bolan remains. With a bounty on his head, and every cop in Los Angeles on his tail, Bolan decides to erase his greatest liability: his face.

Under the knife of a former army surgeon, Bolan is transformed. With trademark cunning, he infiltrates the Sicilian syndicate that butchered his friends. In cozying up to the boss's daughter, Bolan's plan of revenge has never been so intimate. The Executioner may have a new look, but he's got the same attitude. Soon his fury is going explode, and strike terror in the very heart of the Mafiosi.

What listeners say about Battle Mask

This is the third in the series I began reading over fifty years ago. I still find the books entertaining, but are no longer compelling.

Better than I remembered

I first read Battle Mask when I was in high school, back in the late 70-80’s. I thought it moved a little slow back then

Hearing it now, I loved it!

In the third installment of the executioner. Series Mack gets a new face and begins seem more like James Bond than ever. Still merciless and out for blood.

I used to have sacks of the paper back books of this series and Phoenix Force. So happy to see them on Audible. Just pre ordered Miami Massacre.