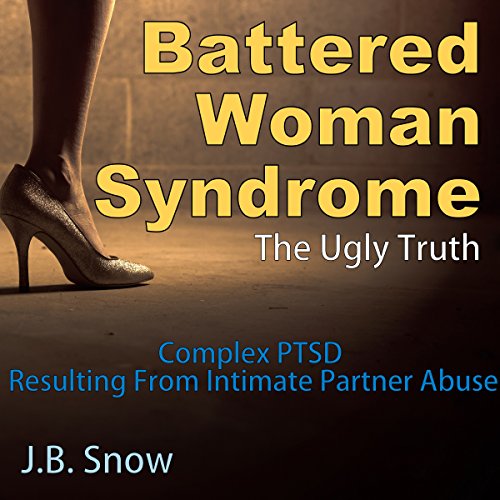 By: J. B. Snow
Narrated by: Stephanie King
Free with 30-day trial

Most people have heard about Post-Traumatic Stress Disorder. Many of us believe that PTSD is a condition that is only diagnosed in veterans that are coming back from wars. But does PTSD exist in other people as well? The short answer is yes. PTSD is a disorder that can affect nearly anyone who has a reaction to some sort of trauma that they experienced or witnessed at any point in their life.

Another reality that people don't talk about is the fact that some people who have been exposed to chronic, unsafe, or frightening situations over and over again may have a condition called Complex PTSD. Complex PTSD is different from PTSD in that the sufferer's cognitive and emotional regulation is disrupted by the trauma and the resulting disorder.

Complex PTSD is most often seen in cases of children who have grown up in households with verbal, emotional, physical, or sexual abuse. For example, an adult child of a toxic or narcissistic parent may be sensitive to bullying behavior due to their parents bullying and controlling them early in their life. This person may grow up to have nightmares or flashbacks of the abuse. They may be extremely emotional and sensitive of criticism from others. They may have trouble with learning and cognition due to the heightened state of stress that their brain was in while growing up. They may have ruminating thoughts that cause them to be on automatic throughout their day, so that they are forgetful and struggle to remember things that are said to them.

What listeners say about Battered Woman Syndrome: The Ugly Truth