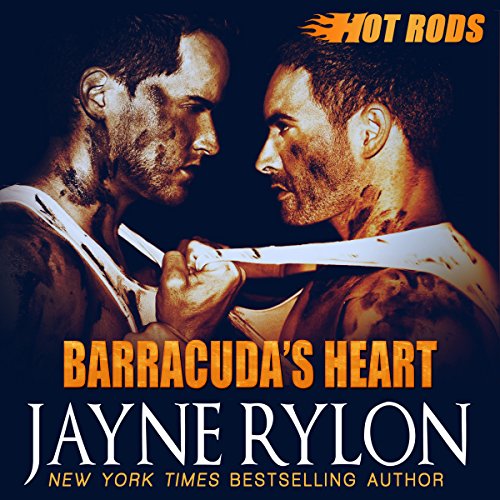 Some hearts can be repaired. Others should just be totaled.

Carver always thought he could sense when Roman was on the verge of falling into his inner darkness. But this time, Carver misses those cues and leads the police on a high-speed race to the ER, praying his Barracuda won't die on the way.

When Roman awakens from the haze of painkillers and alcohol, he already knows the question poised on Carver's lips. Was it an accident, or did he deliberately dance on the edge of death? How can he tell Meep that lust and laughter are no longer enough to help him cope with the rapid changes among the Hot Rods?

Part of him is happy for them. The other part is pissed. Because what he's always wanted is Carver all to himself. Much as he loves his brother mechanics, sharing isn't his strong suit.

Roman needs time - and distance - to get his head on straight. The only question is, when Roman comes home from rehab, will Carver still love the man he has become, or will their roads have diverged too far to cross each other again?

Beautiful written story on Roman and Carver's relationship. Some thorny topics are dealt with sensitivity Listening to Gregory Salinas as narrator is truly wonderful

This is my favorite of all of Jayne Rylon's books!!! Gregory Salinas does a freaking amazing job!!!

This book goes into some dark areas, sobriety is a hard thing to achieve. bith meep and Roman have issues, but they work to end then and not let the things in their past control their future. This book is a must read, because it will open a person up to how some of us struggle.
well done Mrs. Rylon.

Love listening to it as much as reading it!

I'm new to audio books so I'm listening to books I've read already. I love it!!! Being able to get chores done while listening to my favorite books.... win win in my book!!! Loved listening to Roman and Carter's story!!! Well done!!

What made the experience of listening to Barracuda's Heart the most enjoyable?

Showing that anyone can overcome a problem both emotional, physical and alcohol. Not only did Barracuda overcome so much and came out on top, but he found unconditional love and a brother.

You get to hear the emotion. He does a great job.