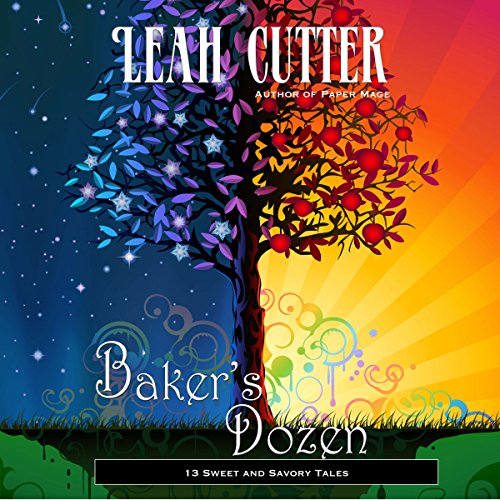 Travel to rainy Seattle and the see the world from the viewpoint of a private investigator who just happens to be a ghost, then go down to the creole fairy courts of Louisiana, learn the secrets of 9s and how the raven warriors take care of their own. Here are 13 tales of fantasy and wonder, sweet and savory, to fill you up just right.

"Hell By Any Other Name", "To Hell And Back", and "Hell for the Holidays": Stories set after the shredding of the veils between the seen and the unseen worlds when the living learned they weren't alone. Andy had seen it all, done it all as a human police detective, now, as a ghost, he still works as a private investigator.

"Magpie": When Sarah finds a beautiful, porcelain bird hidden inside a hollow brick inside her fireplace, she just thinks it's odd. Then her jewelry starts going missing. What will the magpie steal next?

"True Vision": Devil? Angel? Gabriella has lived all her life following other people's plans, using their definitions of her body, allowing them to judge her abilities. Finally, though, Gabriella is ready to take matters into her own hands.

"Slipping the Leash": Twyla learned early how to fight. The kids knew she was different, but she figured that was just her African-American dad and her Japanese mom. Now she learns just how different she is: she's not even human.

"Golden Charms": As a child, Jolene learned she had a gift. She could see people's fates: They appeared as a golden charm around the person's neck. She didn't want her gift, though. She just wanted a normal life - a job, a husband, and kids. Three years later, Jolene can't get pregnant. What must she sacrifice to make her dreams come true?

"Hunting Ghosts in the Machine": Overcrowding, pollution and acid rain have reduced humanity's livable areas. For most, space is achieved through virtual reality. Only a few see behind the mask.

What listeners say about Baker's Dozen