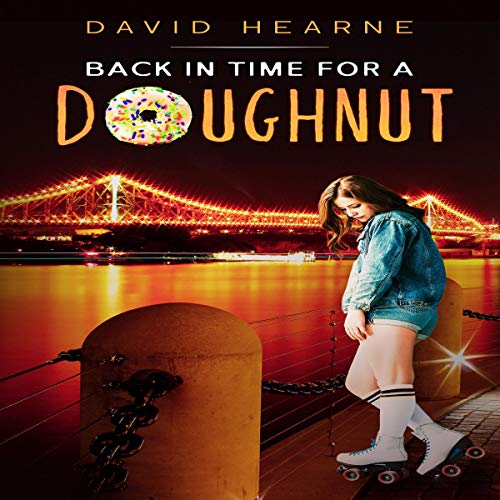 Back in Time for a Doughnut

Back in Time for a Doughnut

"Change the past, fix the future, get the doughnut."

Based on the award-winning screenplay and set in Brisbane, Australia, unpredictable Tara’s a leftist rebel who is struggling to stop her life sliding out of control. Her sister Pandora, the far right Prime Minister, stands for all that Tara opposes, seeking to take away basic human rights under the guise of "protecting Australia from terrorism". During their feud, where it’s green versus red, both sisters see themselves as wearing the ‘white hat’.

Tara plots a way to get access to their father’s time machine so she can go back in time to stop her sister from transforming Australia’s democracy into a fascist dictatorship. Tara’s biggest problem? Will the time machine really work?

Fighting for causes is Tara’s jam but her biggest battle will be against herself, as her addictions and rage lurk like an insidious shadow, threatening to overcome her. She must also find her place in this world, if not in this time.

Is her true calling back in the past? As well as doing whatever it takes to turn the tables on her sister, Tara will try her best to get her lips around the doughnut of her dreams.

What listeners say about Back in Time for a Doughnut